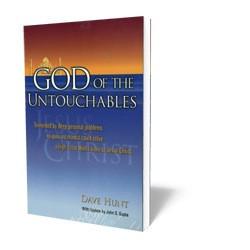 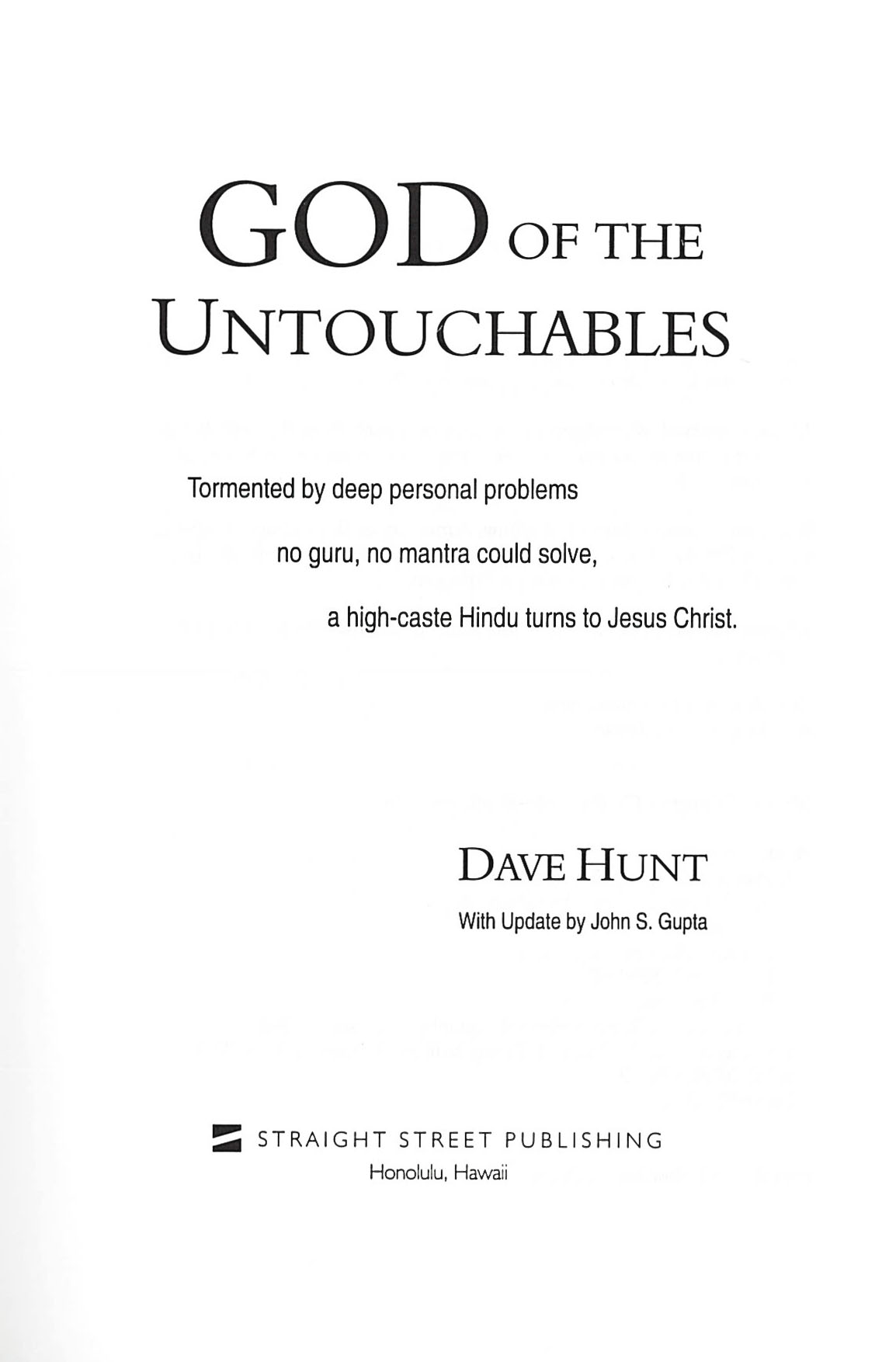 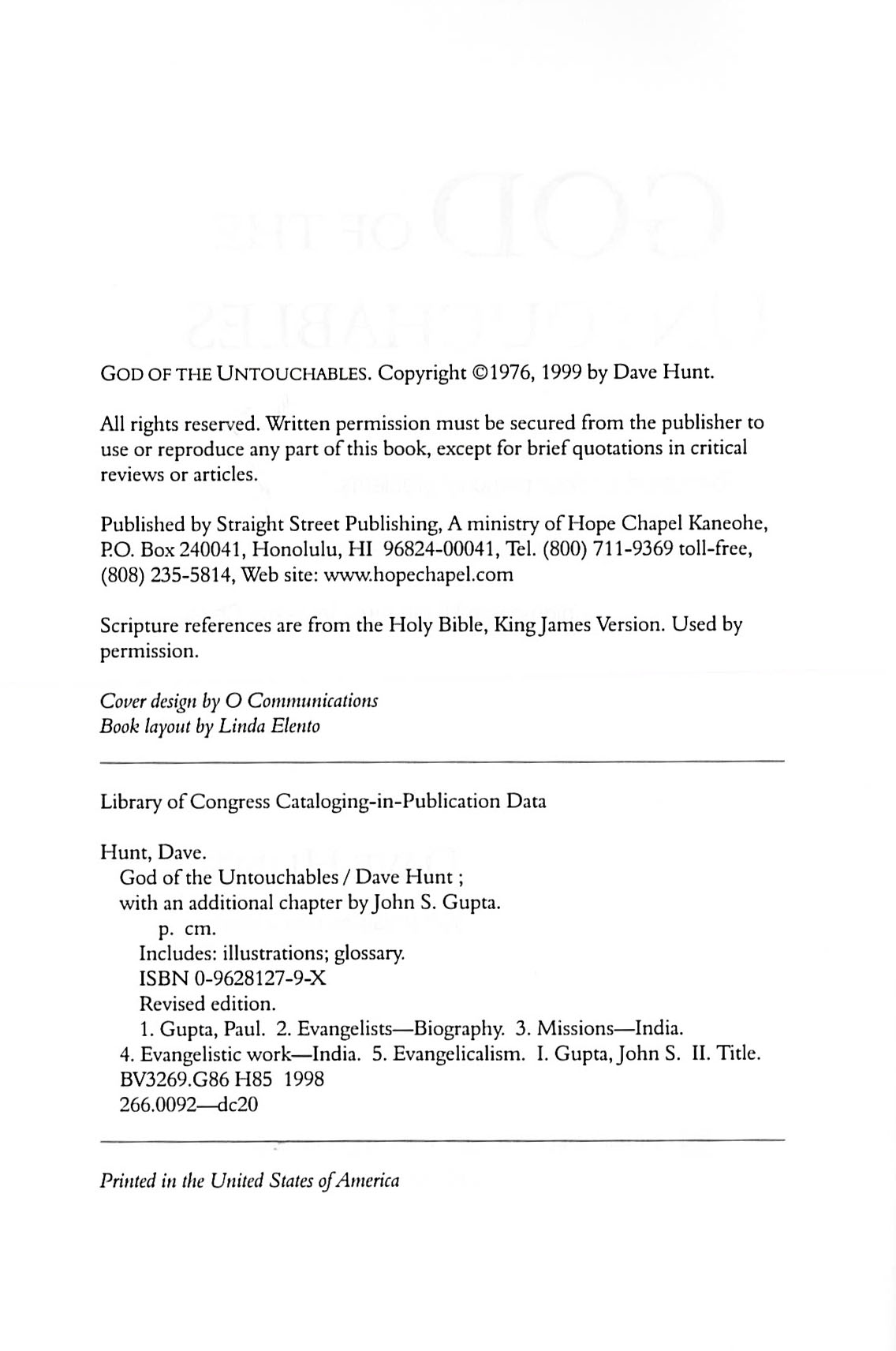 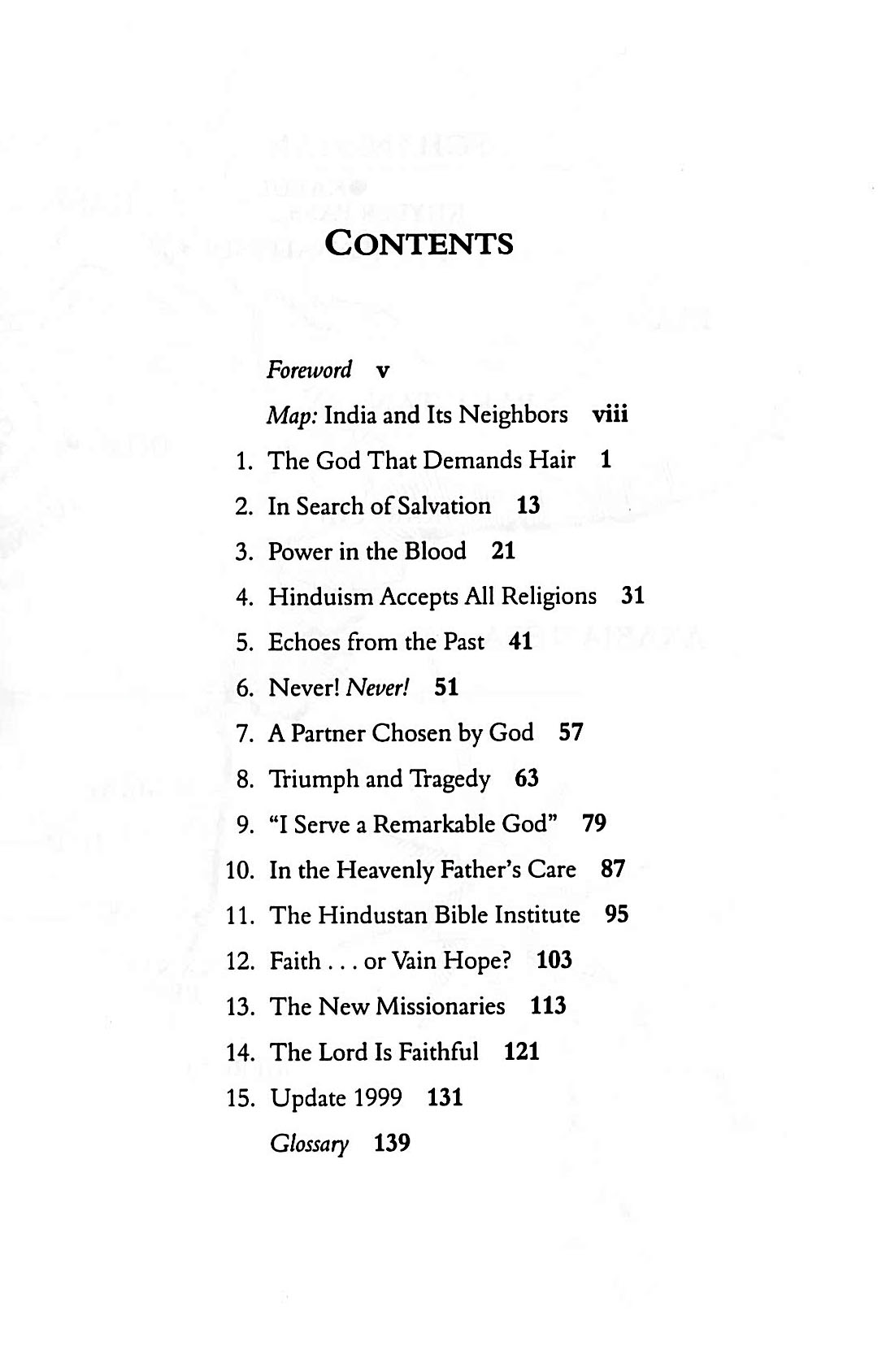 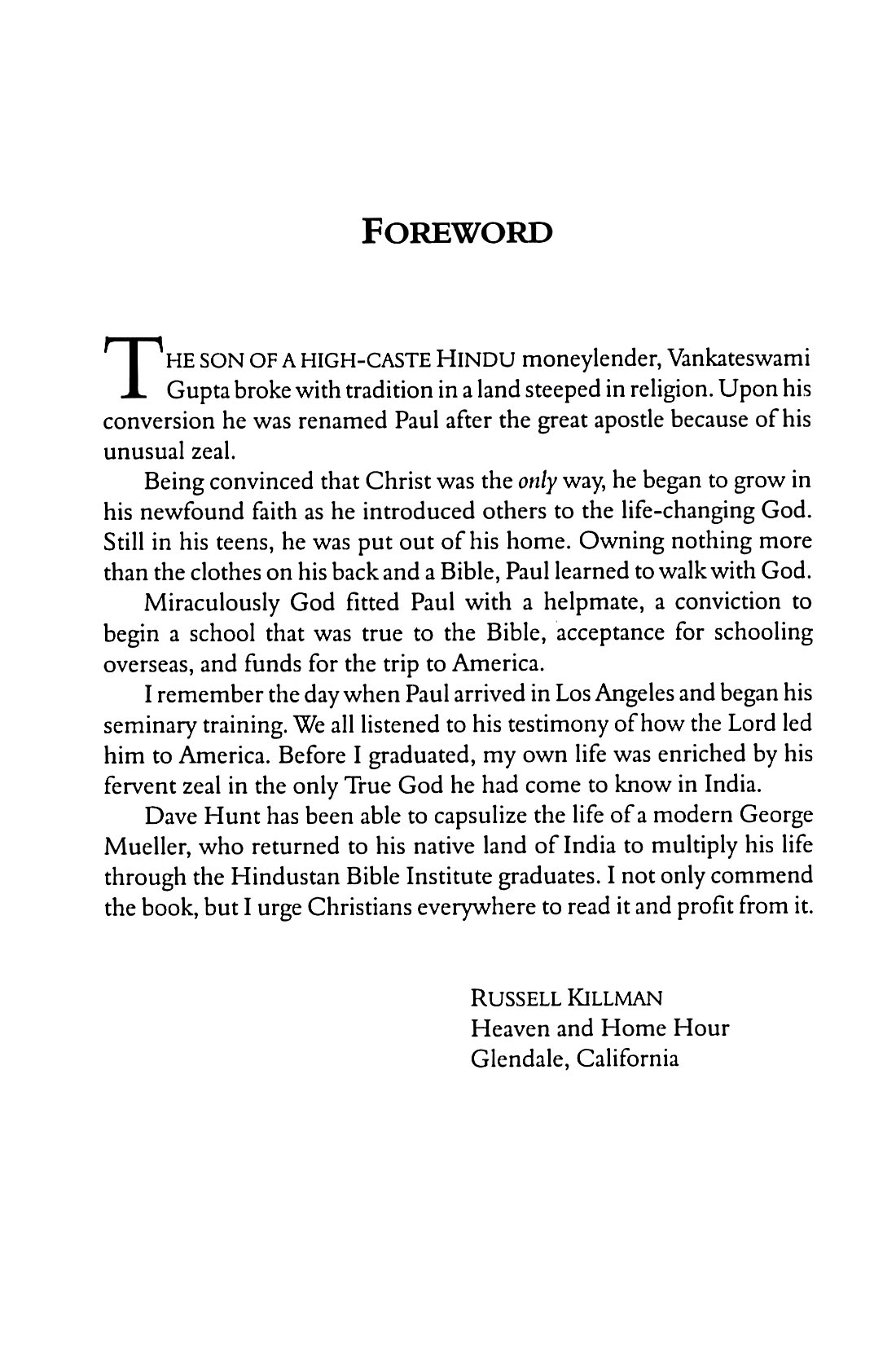 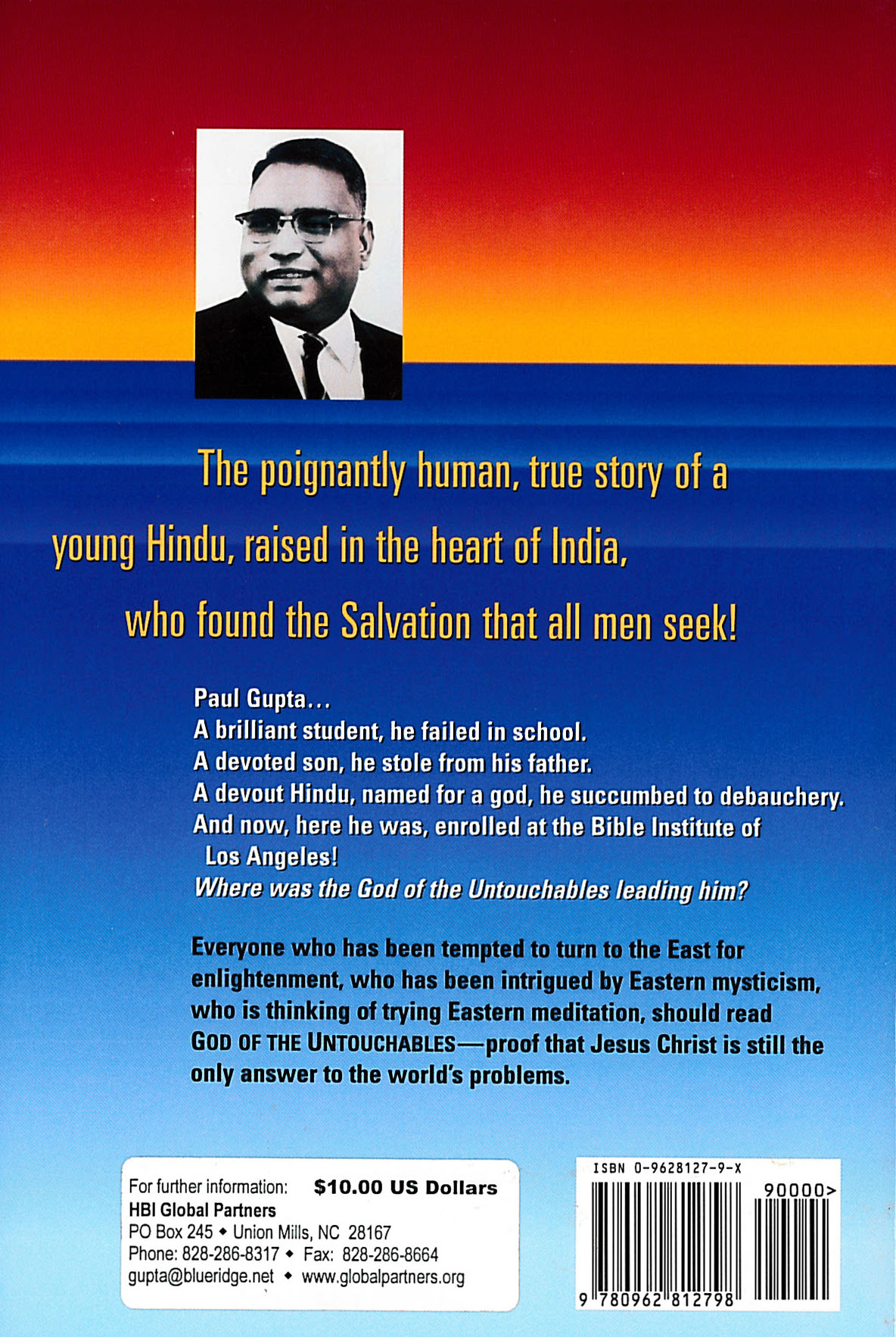 God of the Untouchables

Here is the story of Vankateswami Gupta, namesake of a Hindu god, who became Paul Gupta, Christian disciple, founder of the famed Hindustan Bible College, a living apostle of Christ whose unshakable faith and incredible personal courage have brought countless numbers of Hindus and Moslems to the Kingdom of God.

Everyone who has been tempted to turn to the East for enlightenment, who has been intrigued by Eastern mysticism, who is thinking of trying Eastern meditation, should read God of the Untouchables—proof that Jesus Christ is still the only answer to the world's problems.

"The son of a high-caste Hindu moneylender, Vankateswarni Gupta broke with tradition in a land steeped in religion. Upon his conversion he was renamed Paul after the great apostle because of his unusual zeal.

"Being convinced that Christ was the only way, he began to grow in his newfound faith as he introduced others to the life-changing God. Still in his teens, he was put out of his home. Owning nothing more than the clothes on his back and a Bible, Paul learned to walk with God.

"Miraculously God fitted Paul with a helpmate, a conviction to begin a school that was true to the Bible, acceptance for schooling overseas, and funds for the trip to America.

"I remember the day when Paul arrived in Los Angeles and began his seminary training. We all listened to his testimony of how the Lord led him to America. Before I graduated, my own life was enriched by his fervent zeal in the only True God he had come to know in India.

"Dave Hunt has been able to capsulize the life of a modern George Mueller, who returned to his native land of India to multiply his life through the Hindustan Bible Institute graduates. I not only commend the book, but I urge Christians everywhere to read it and profit from it."