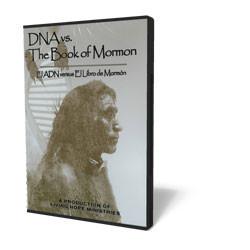 The Book of Mormon teaches that Israelites, having immigrated to and fully populated the American continents, where they became the principal ancestors of modern-day Native Americans. Using the same advanced DNA technology accepted in courts of law, thousands of Native Americans from more than 150 tribes have been tested to determine their ancestry. This video presents the evidence from DNA researchers, including Mormon scientists who are wrestling with the DNA dilemma that now faces Mormonism. In the end, God is faithful to make the truth plain to those who are willing to take an honest look. This ground-breaking documentary will astound viewers with incontrovertible data upon which to base a conclusion.