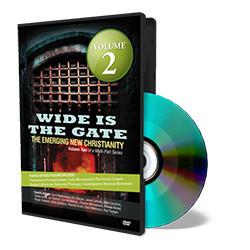 Wide is the Gate Vol 3 DVD