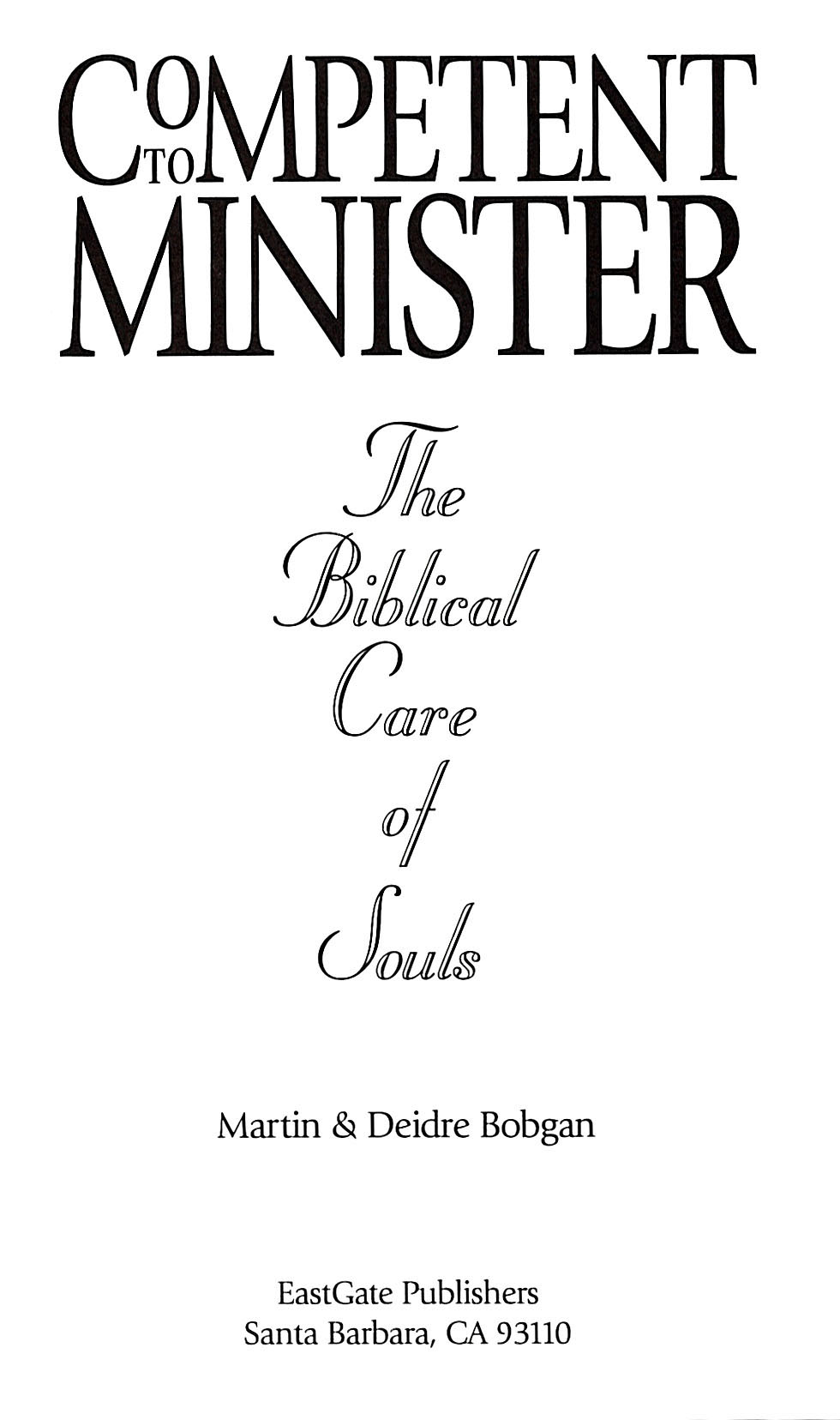 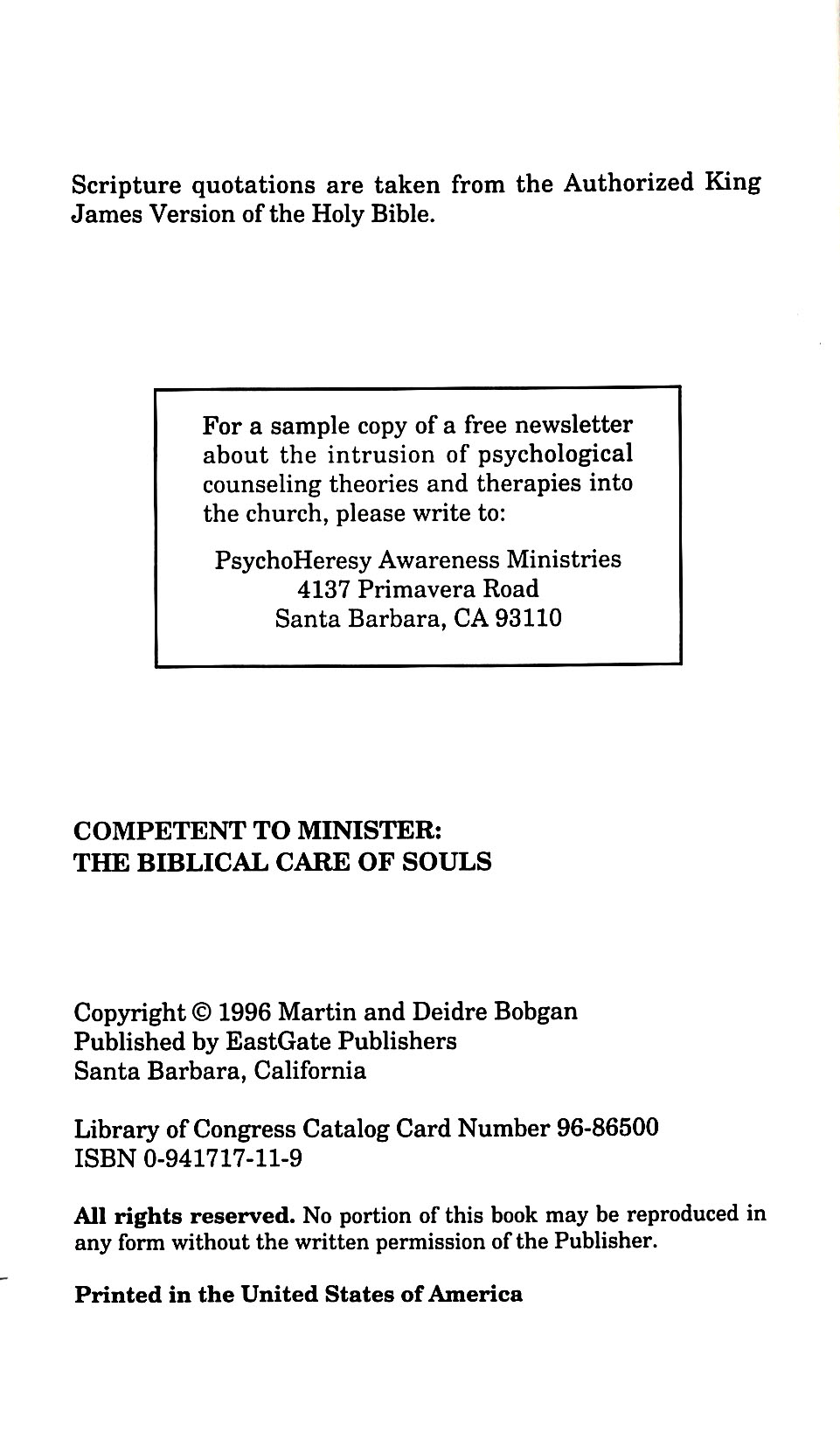 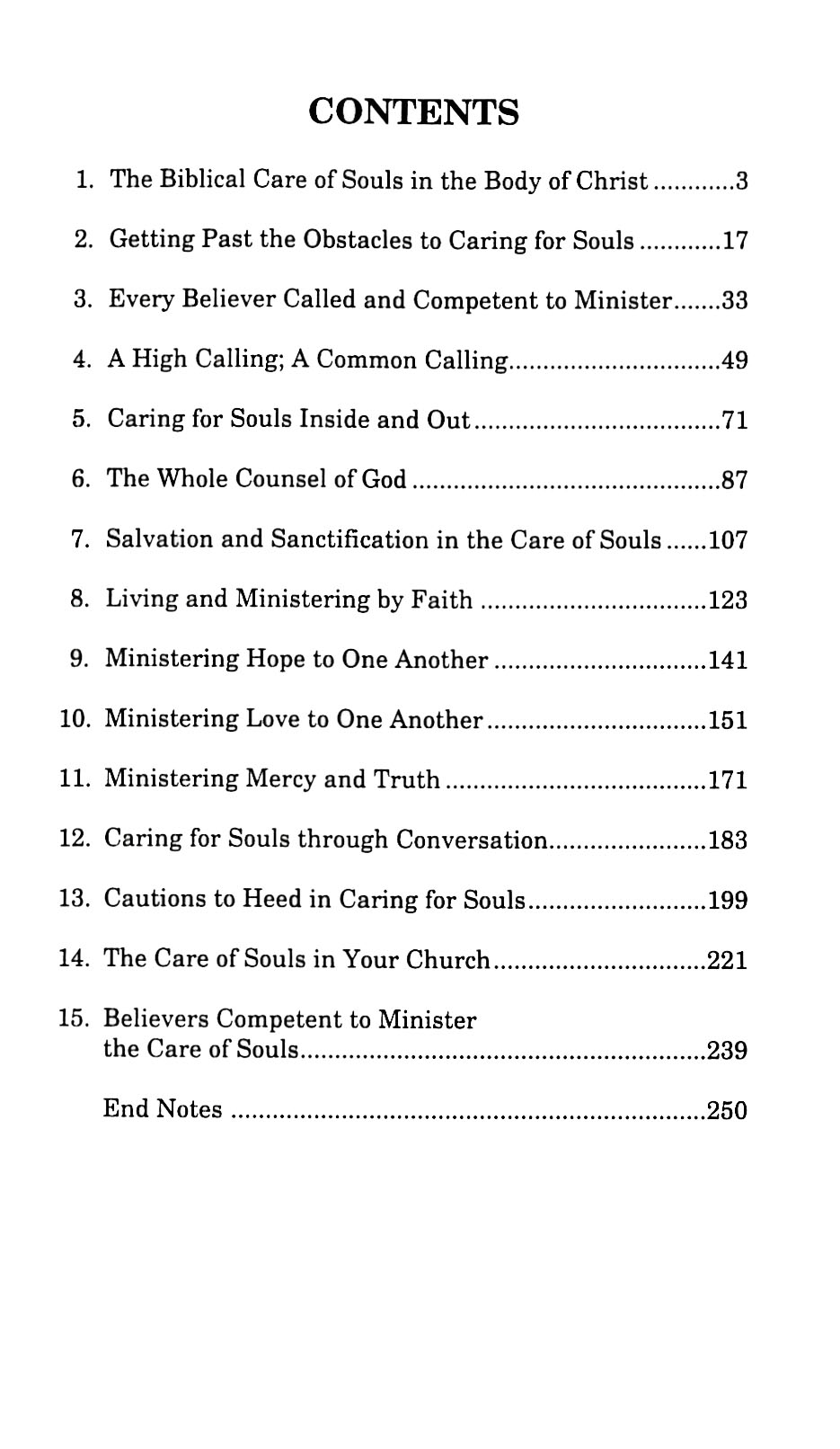 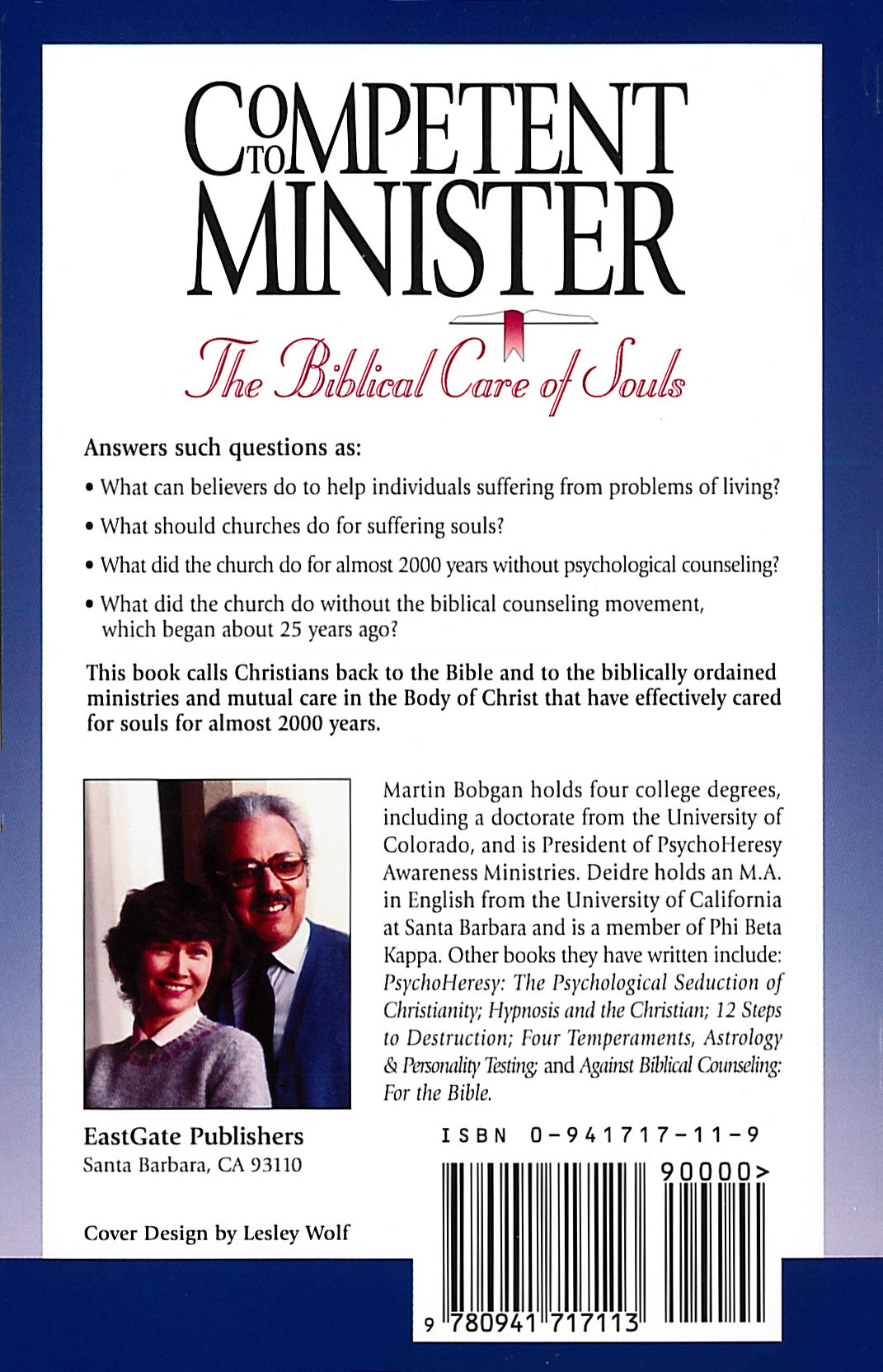 The Biblical Care of Souls

Martin and Deidre Bobgan's book Against Biblical Counseling drew some hostile responses from those who perceived it as critical of counseling from the Scriptures. This resource clarifies their position on that issue.

Competent to Minister answers such questions as:

This book calls Christians back to the Bible and to the biblically ordained ministries and mutual care in the Body of Christ that have effectively cared for souls for almost 2000 years.

Martin Bobgan holds four college degrees, including a doctorate from the University of Colorado, and is President of PsychoHeresy Awareness Ministries. Deidre holds an M.A. in English from the University of California at Santa Barbara and is a member of Phi Beta Kappa. Other books they have written include: Psychoheresy: The Psychological Seduction Of Christianity; Hypnosis and the Christian; 12 Steps to Destruction; Four Temperaments: Astrology & Personality Testing; and Against Biblical Counseling: For The Bible.