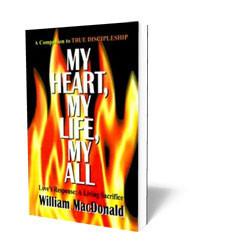 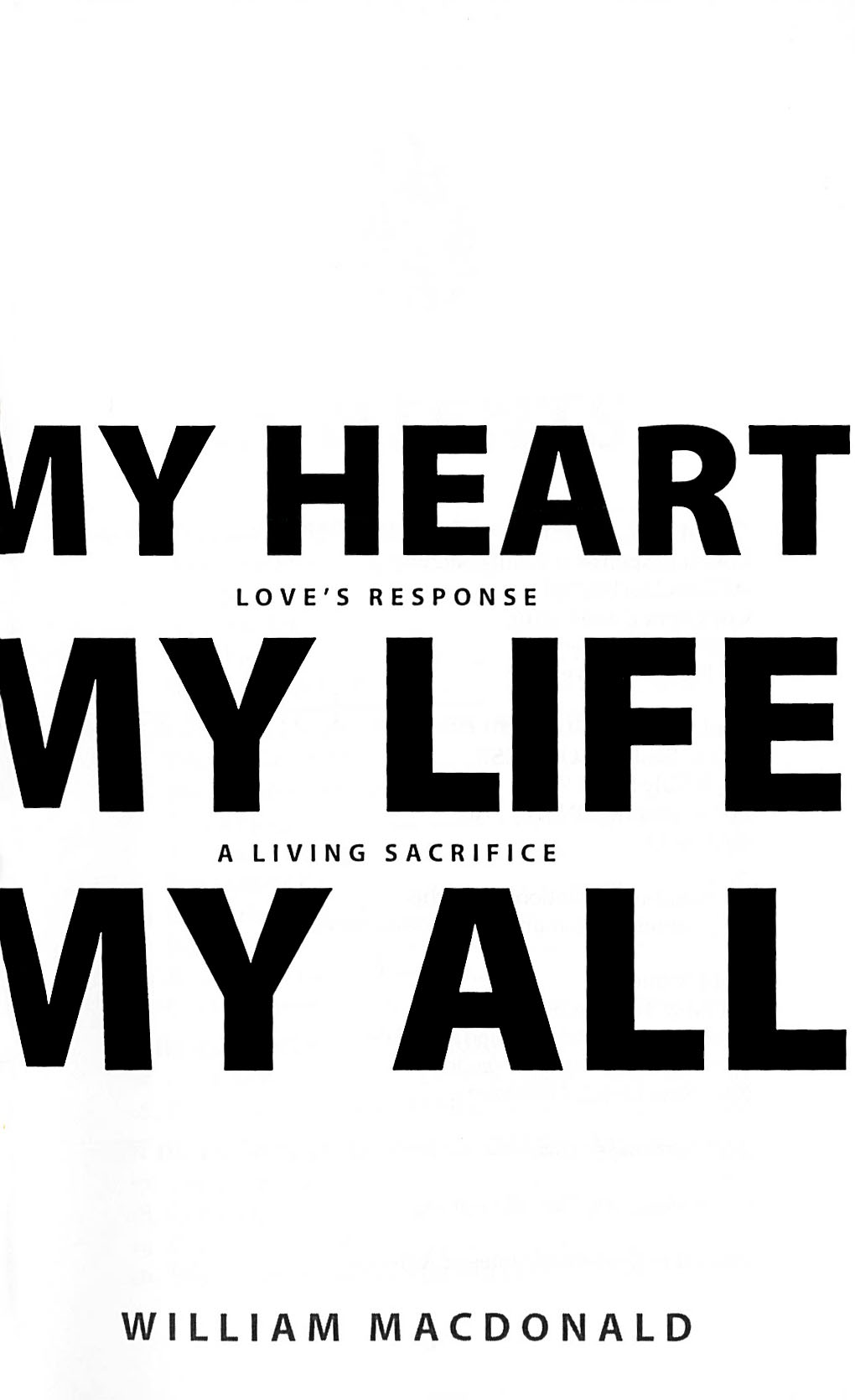 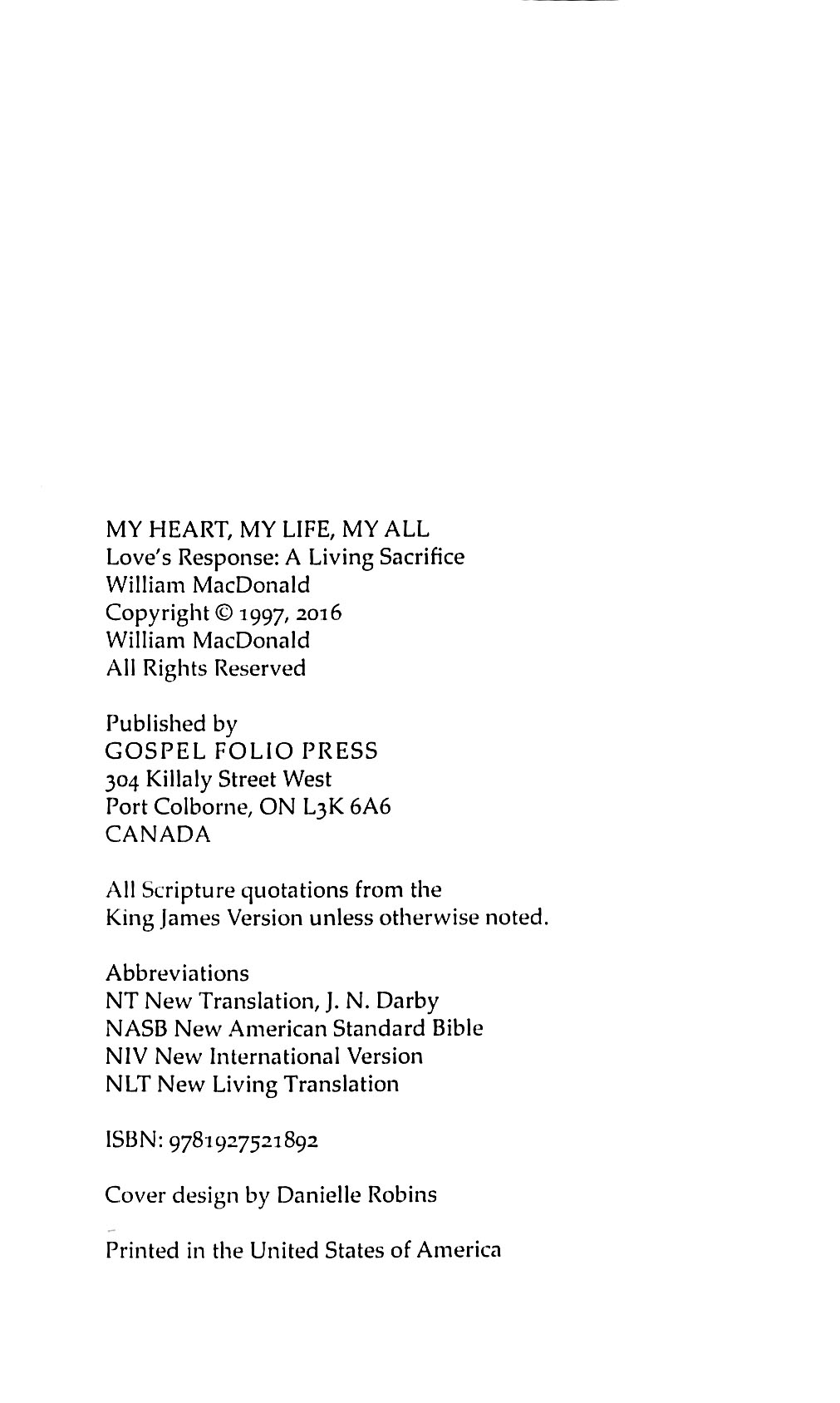 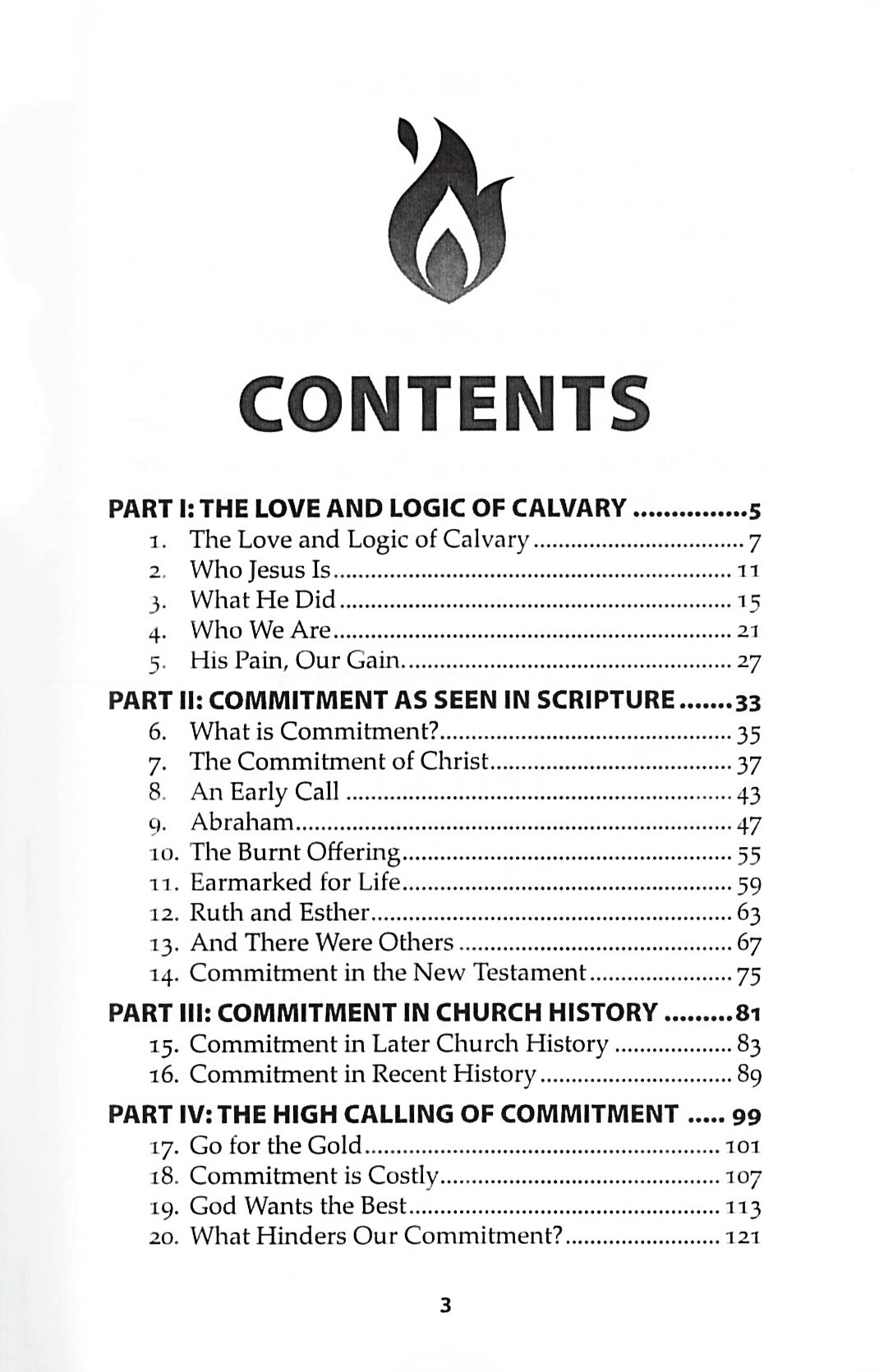 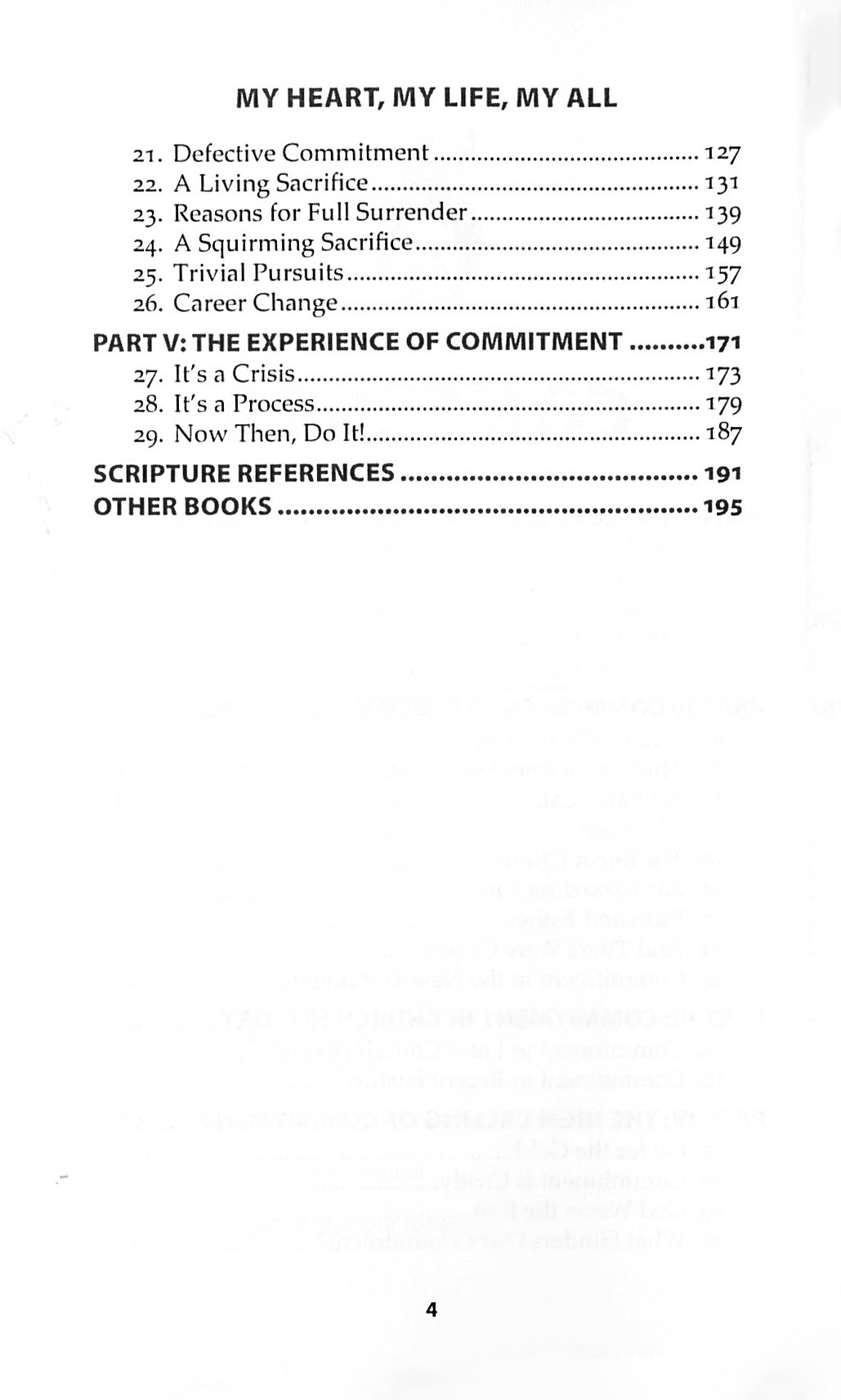 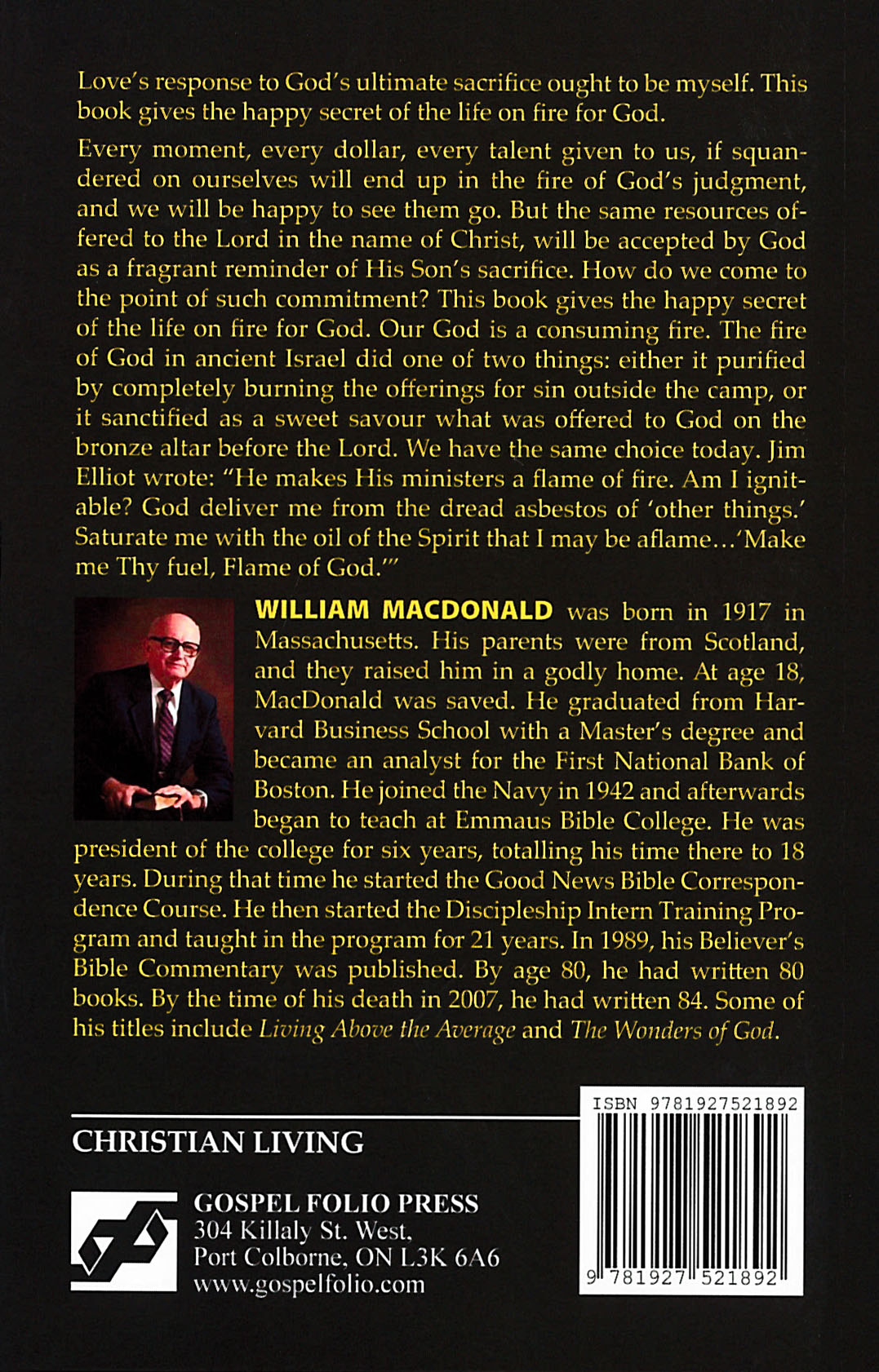 My Heart, My Life, My All

The fire of God in ancient Israel did one of two things: either it purified by burning to nothing the offerings for sin outside the camp, or it sanctified as a sweet savor what was offered to God on the bronze altar before the Lord.

We have the same choice today.

Jim Elliot wrote: He makes His ministers a flame of fire. Am I ignitable? God deliver me from the dread asbestos of other things. Saturate me with the oil of the Spirit that I may be aflame. But flame is transient, often short-lived. Can 'st thou bear this, my soul's short life? In me there dwells the Spirit of the great Short-Lived, whose zeal for God's house consumed Him. O Make me Thy fuel, Flame of God.

Every moment, every dollar, every talent given to us, if squandered on ourselves will end up in the fire, evaporating before our eyes. But the same resources offered to the Lord in the name of Christ will be accepted by the God of heaven as a fragrant reminder of His Son's great sacrifice. But how do we come to that point of commitment?

William MacDonald has, for more than forty years, written directly about the key issues of Christianity. Leaving a promising business career at the foot of the Cross, he has traveled worldwide, proclaiming the unsearchable riches of Christ. His more than sixty works published in North America are characterized by a clarity and economy of words that only comes by a major time investment in the Word of God.