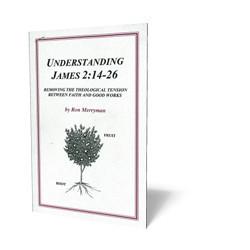 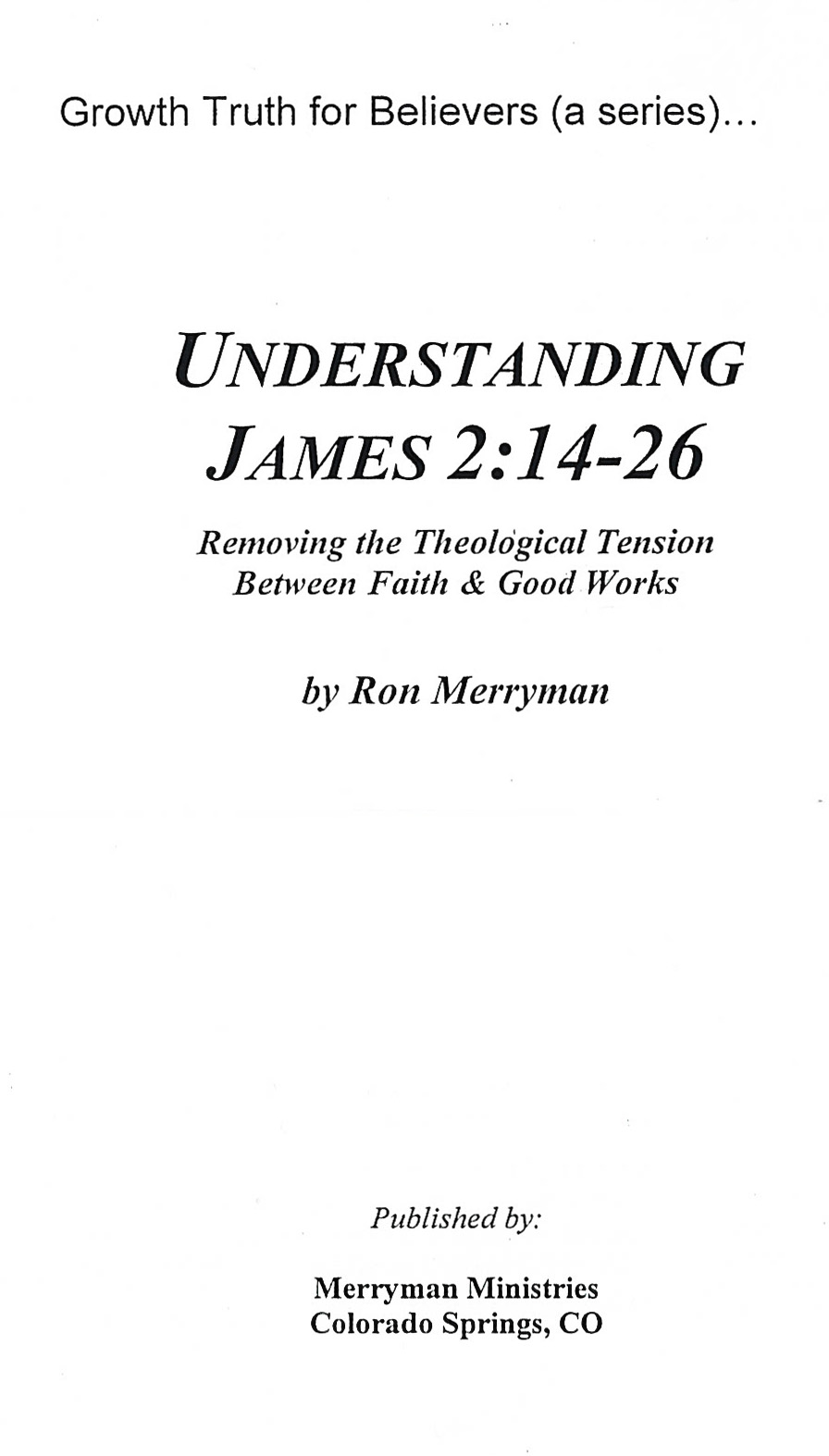 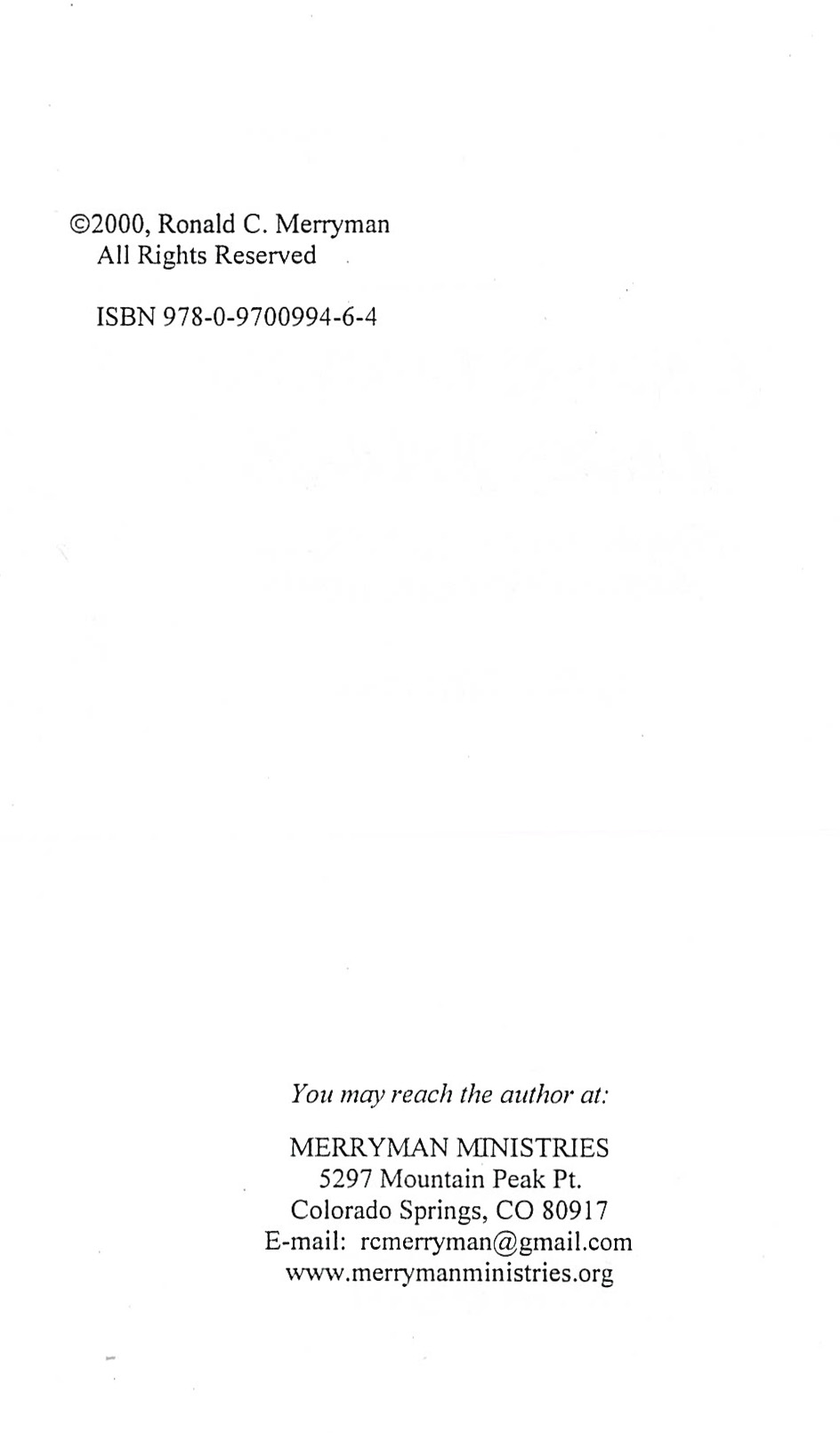 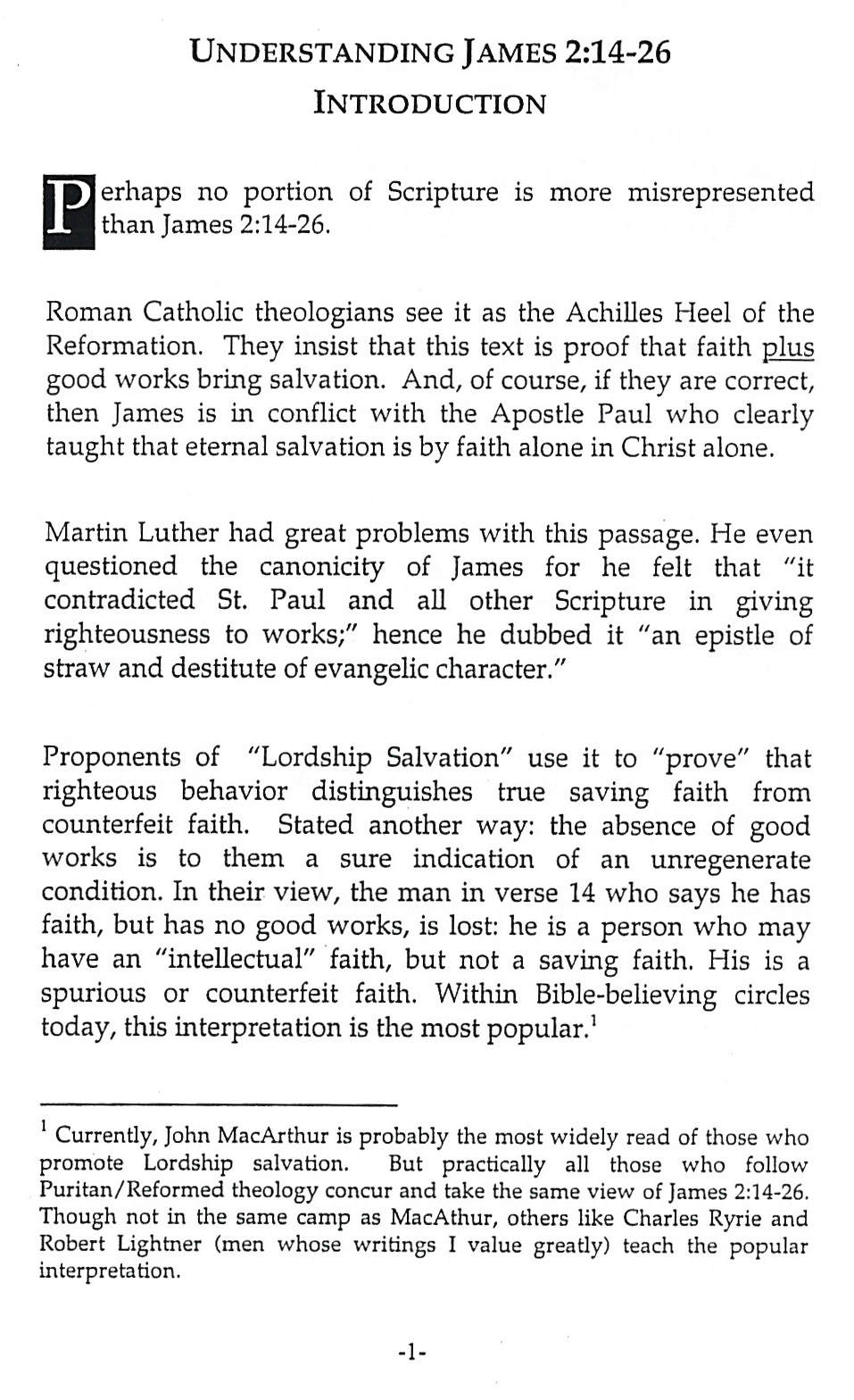 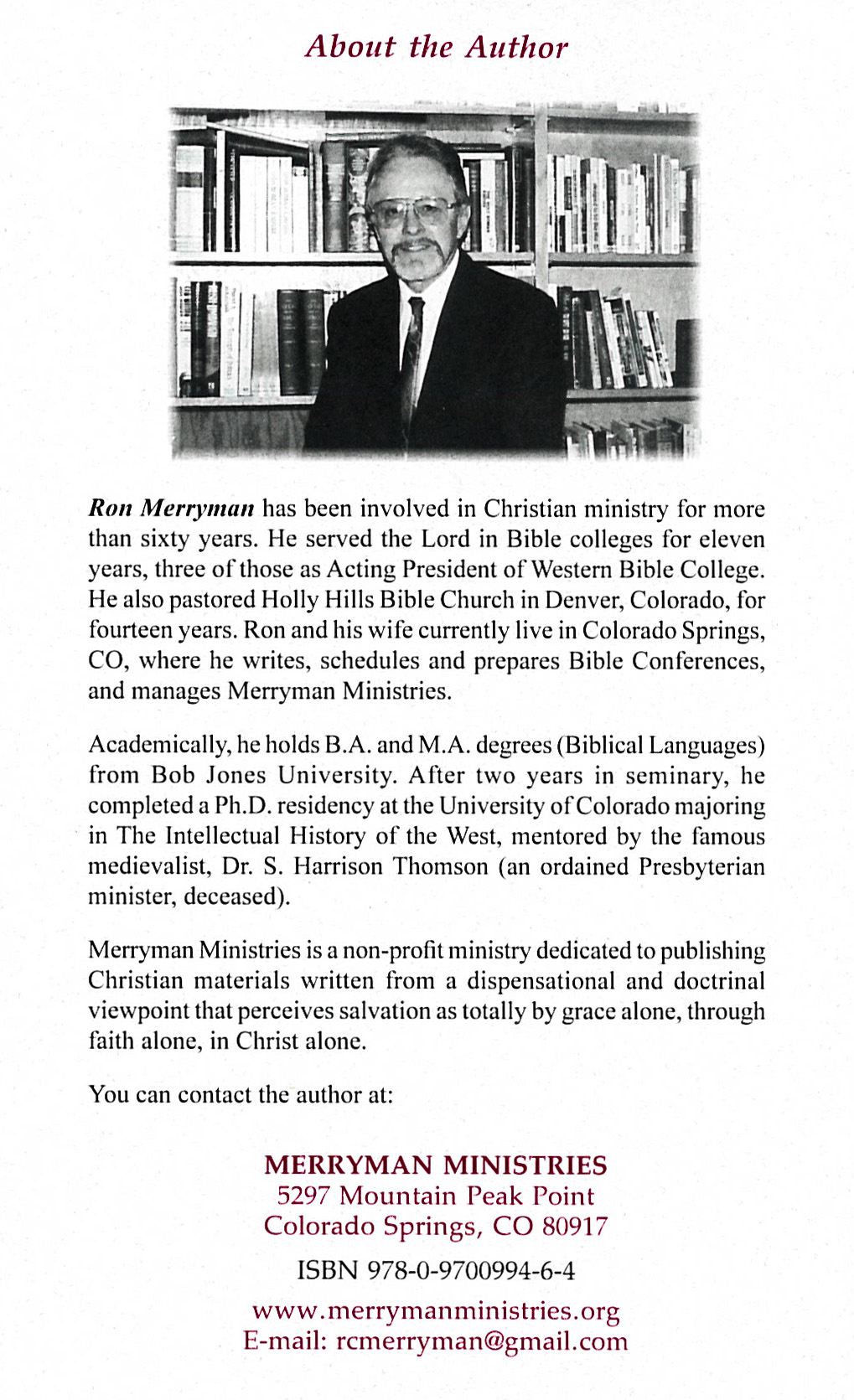 Removing the Theological Tension between Faith and Good Works

Ron Merryman investigates the issue of Lordship salvation and the faulty understanding of this controversial passage.

From the introduction: "Perhaps no portion of Scripture is more misrepresented than James 2:14-26. Roman Catholic theologians see it as the Achilles Heel of the Reformation. They insist that this text is proof that faith plus good works bring salvation. And, of course, if they are correct, then James is in conflict with the Apostle Paul who clearly taught that eternal salvation is by faith alone in Christ alone..."