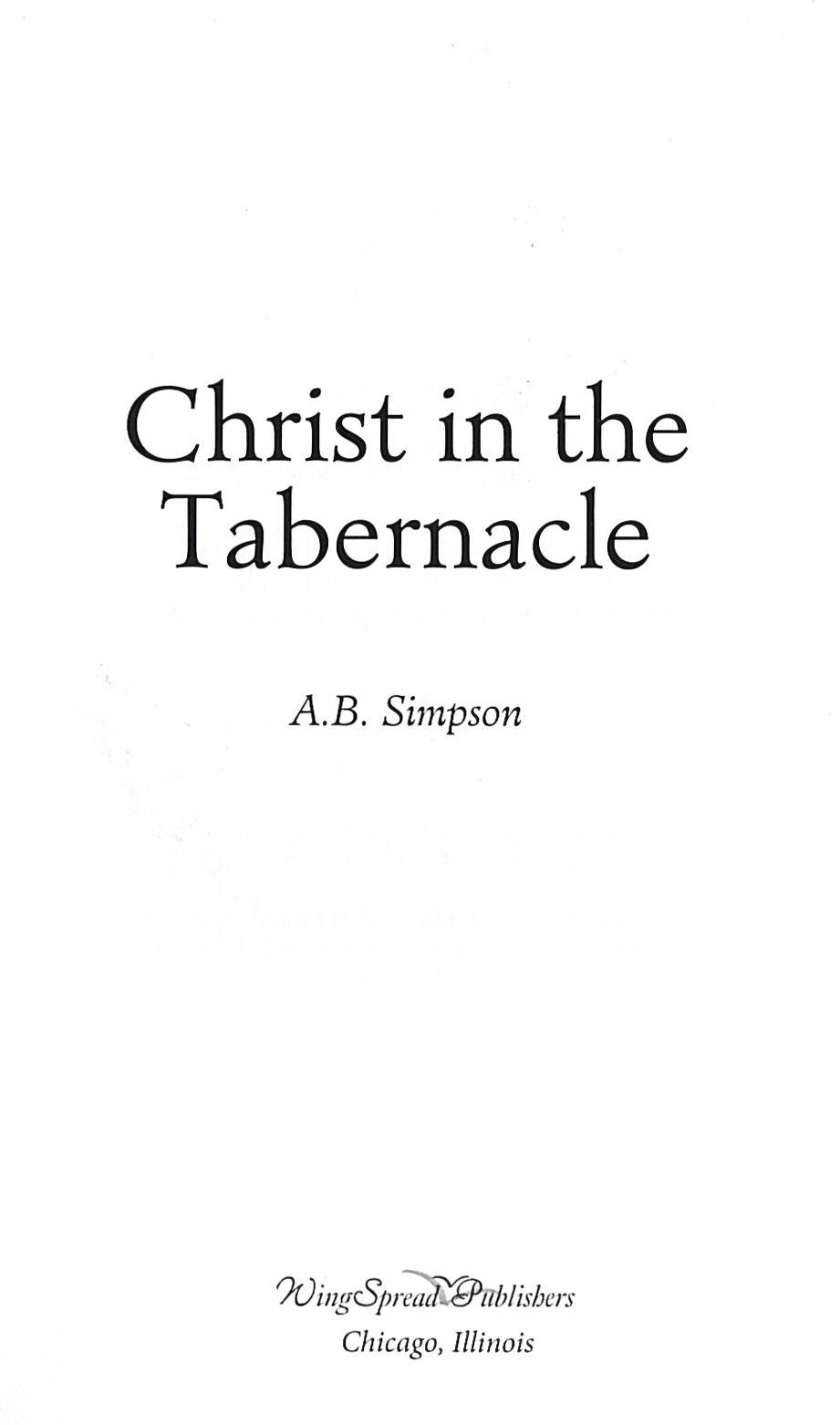 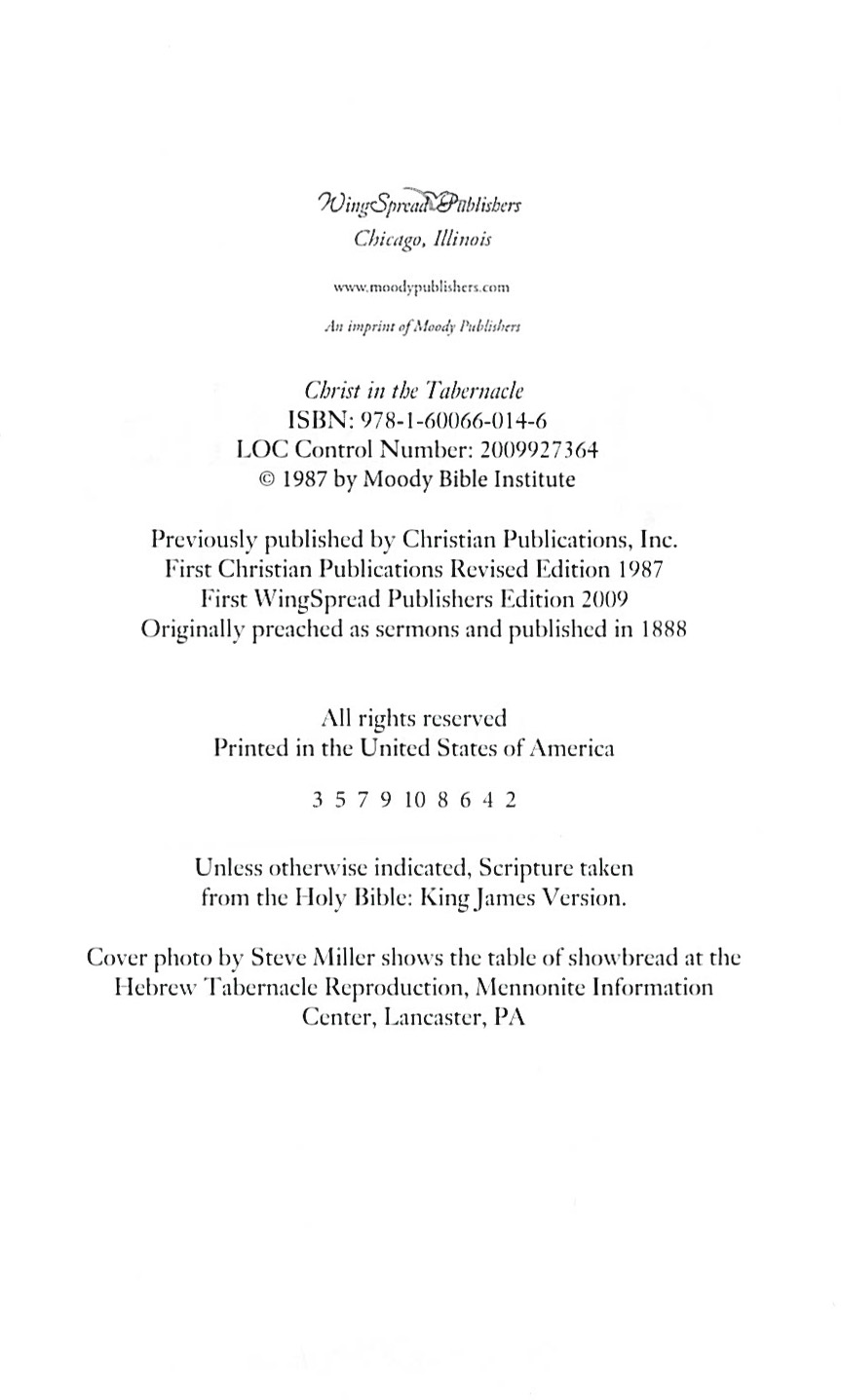 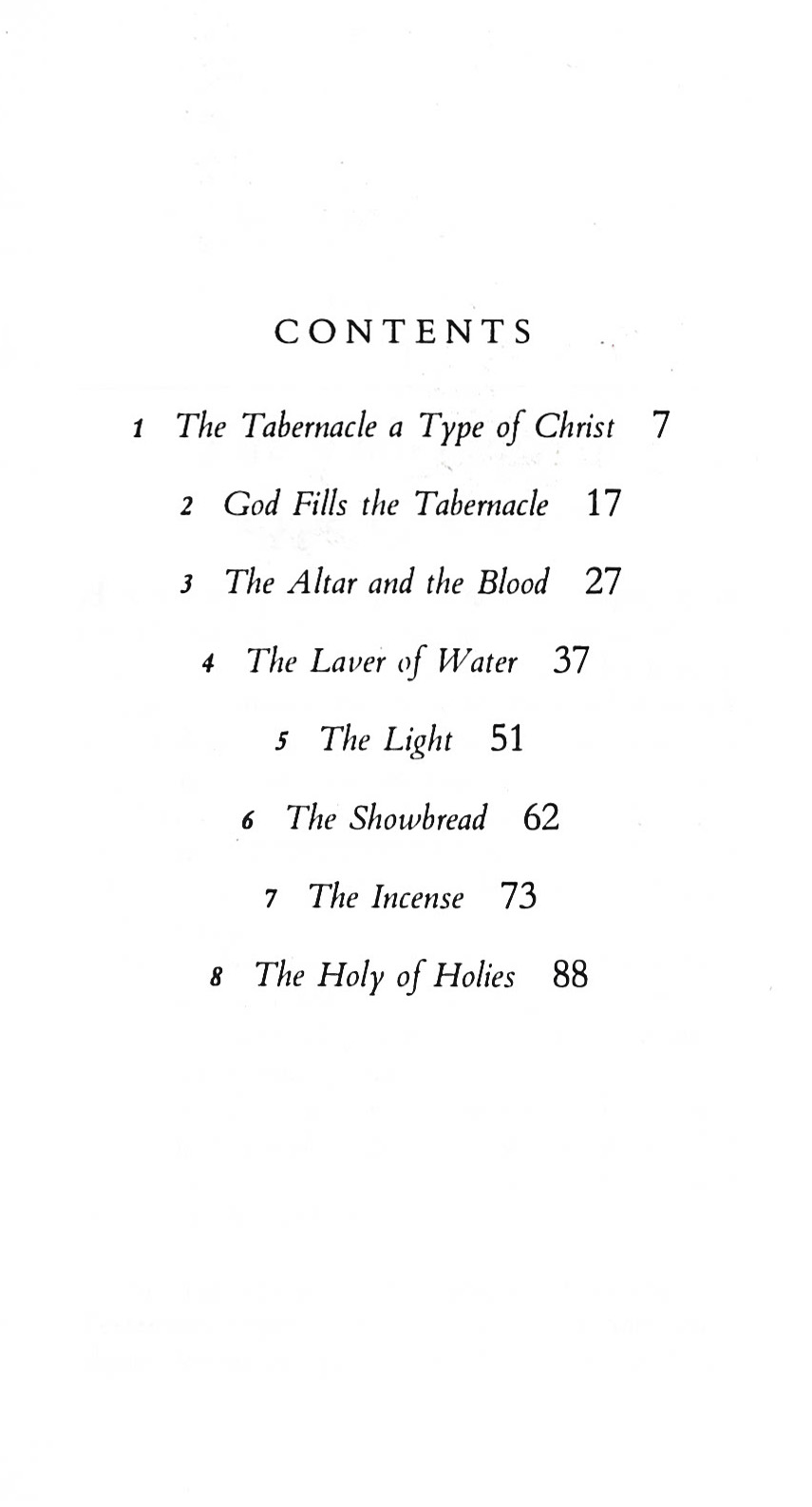 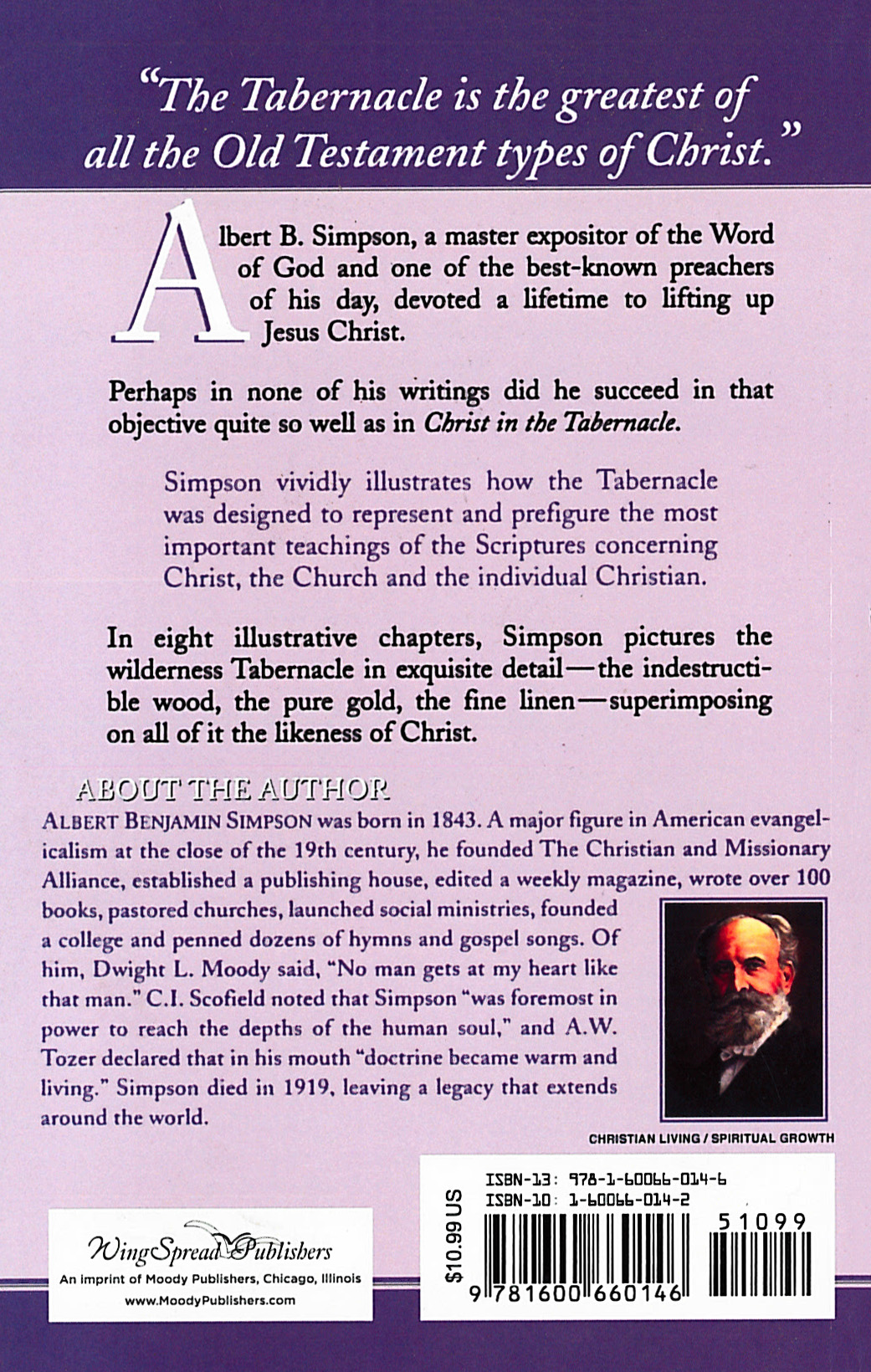 Christ in the Tabernacle

A collection of sermons originally preached and published in 1888.

Albert B. Simpson, a master expositor of the Word of God and one of the best-known preachers of his day, devoted a lifetime to lifting up Jesus Christ. Perhaps in none of his writings did he succeed in that objective quite so well as in Christ in the Tabernacle. Simpson vividly illustrates how the Tabernacle was designed to represent and prefigure the most important teachings of the Scriptures concerning Christ, the church, and the individual Christian.

In eight illustrative chapters, Simpson pictures the wilderness Tabernacle in exquisite detail—the indestructible wood, the pure gold, the fine linen—superimposing on all of it the likeness of Christ.

ABOUT THE AUTHOR—Albert Benjamin Simpson was born in 1843. A major figure in American evangelicalism at the close of the 19th century, he founded The Christian and Missionary Alliance, established a publishing house, edited a weekly magazine, wrote over 100 books, pastored churches, launched social ministries, founded a college, and penned dozens of hymns and gospel songs. Of him, Dwight L. Moody said, "No man gets at my heart like that man." C. I. Scofield noted that Simpson "was foremost in power to reach the depths of the human soul," and A. W. Tozer declared that in his mouth "doctrine became warm and living." Simpson died in 1919, leaving a legacy that extends around the world.