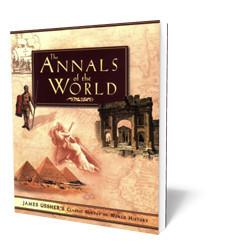 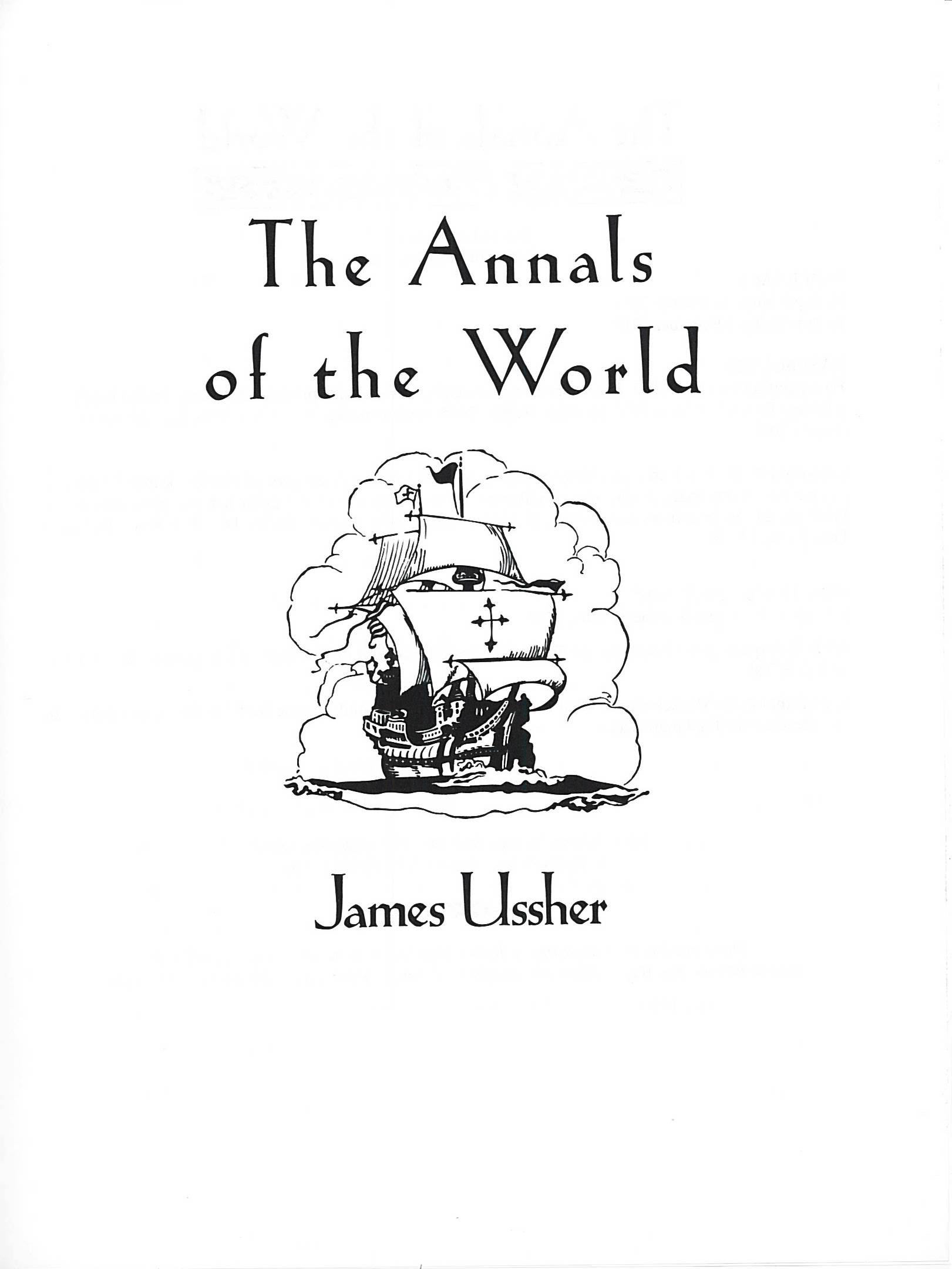 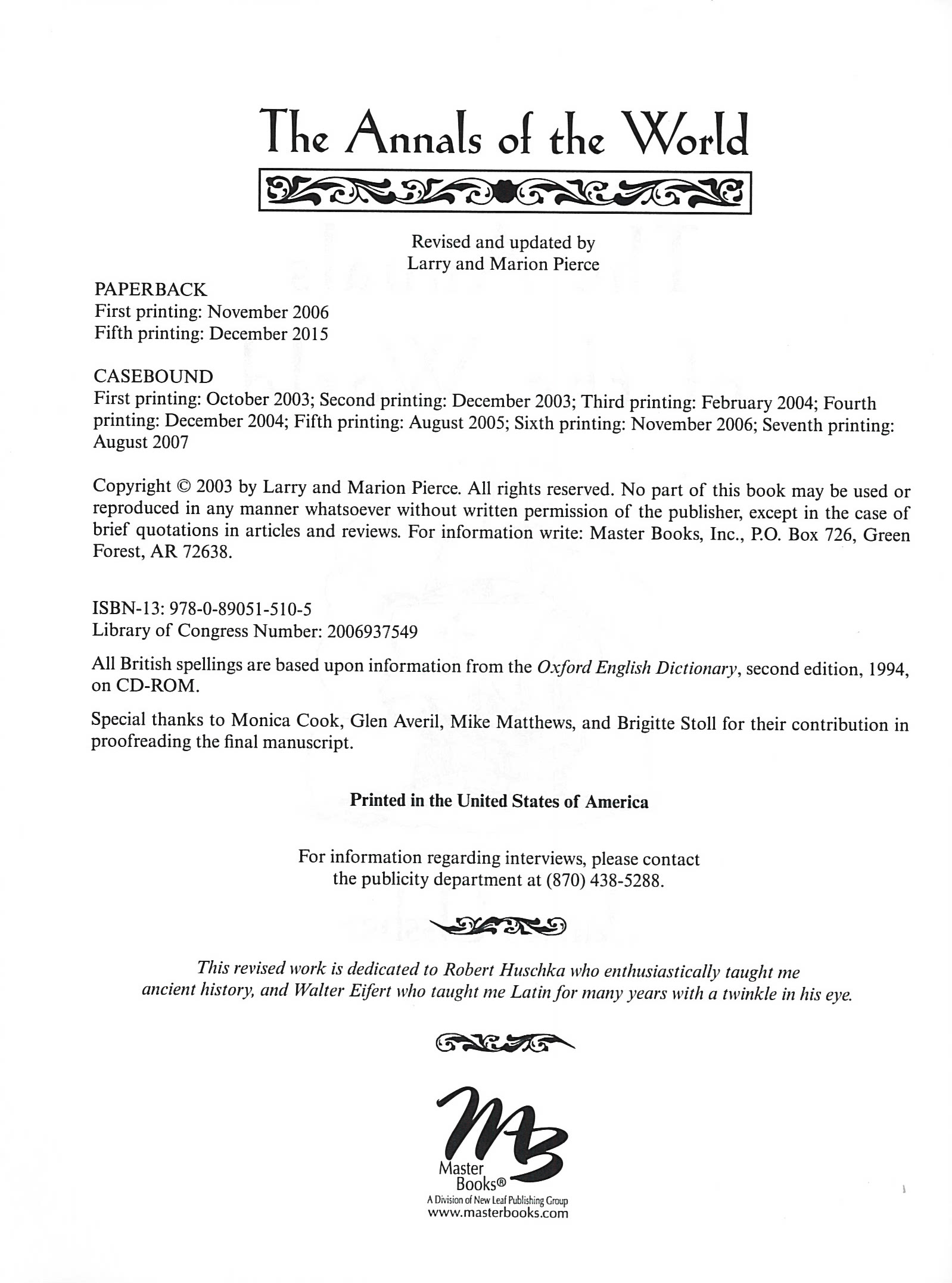 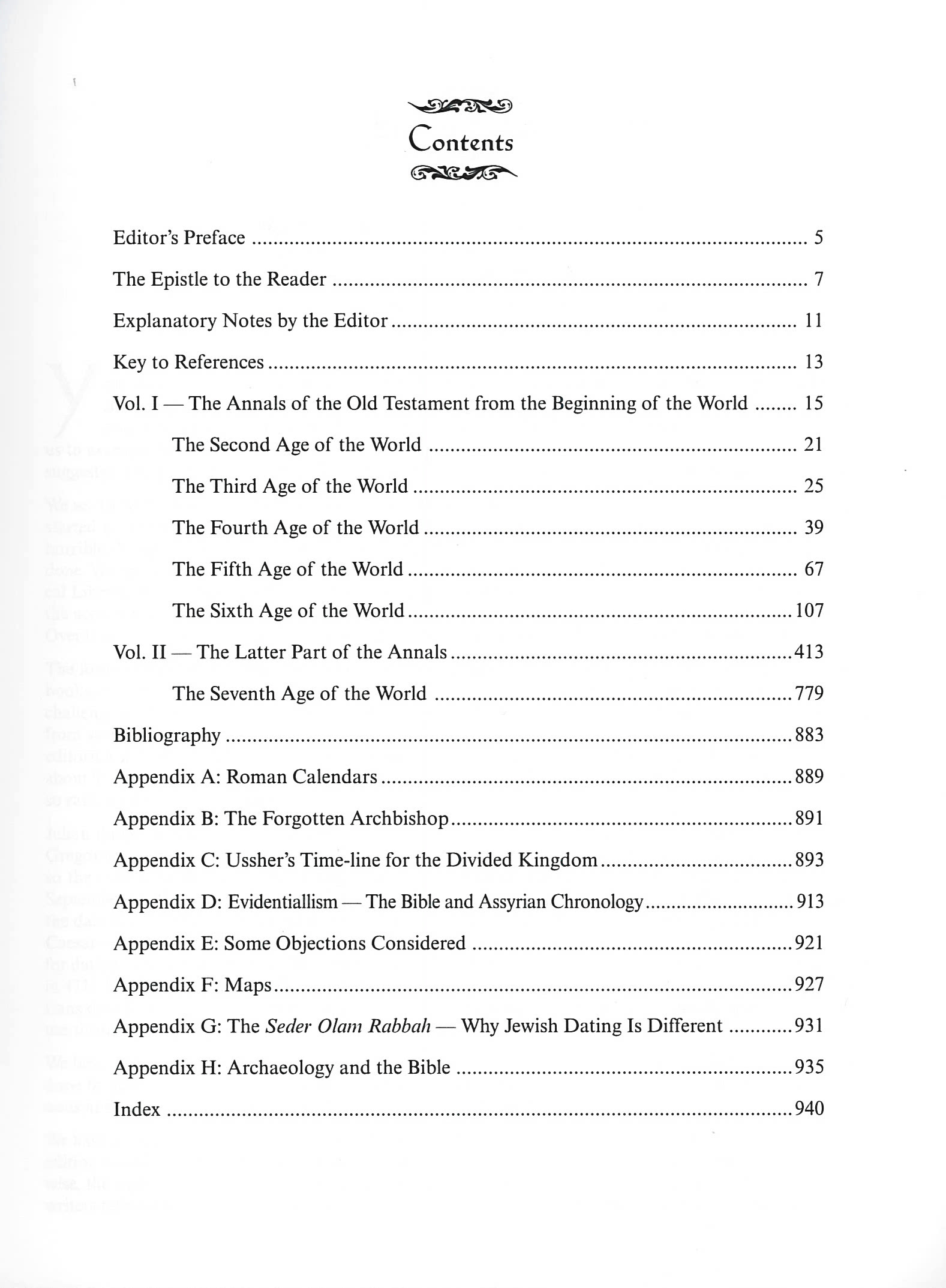 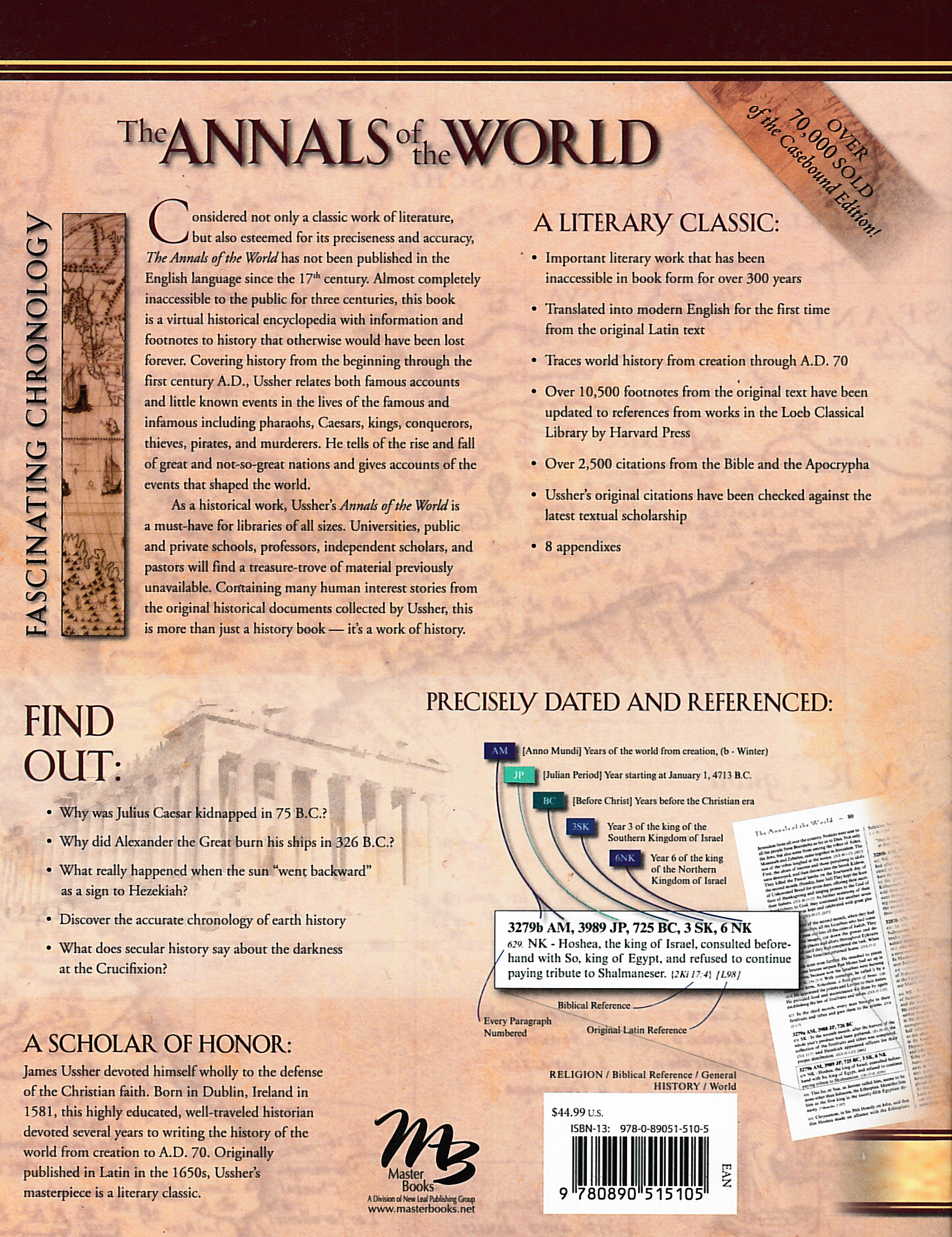 Annals of the World

Considered not only a classic work of literature, but also esteemed for its preciseness and accuracy, The Annals of the World, has not been published in the English language since the 17th century.

Almost completely inaccessible to the public for three centuries, this book is a virtual historical encyclopedia, with information and footnotes to history that otherwise would have been lost forever.

Covering history from the beginning through the first century A.D., Ussher relates both famous accounts and little known events in the lives of the famous and infamous, including pharaohs, Caesars, kings, conquerors, thieves, pirates, and murderers. He tells of the rise and fall of great and not-so-great nations and gives accounts of the events that shaped the world.

As a historical work, Ussher's Annals of the World is a must-have for libraries of all sizes. Universities, public and private schools, professors, independent scholars and pastors, will find a treasure trove of material previously unavailable. Containing many human interest stories from the original historical documents collected by Ussher, this is more than just a history book—it's a work of history.