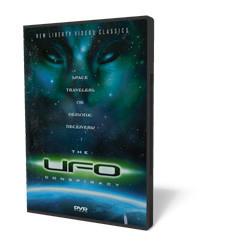 What on Earth are UFOs?

Unidentified flying objects have been recorded in various forms since the creation of man: Crudely drawn on Stone Age murals...chiseled in Egyptian stone...noted in the journals of ancients like Alexander the Great...even described in the ship's log of Christopher Columbus. More than a stunning catalog of UFO photography, video, and eyewitness recordings, hear startling scriptural evidence from noted scholars like Dave Hunt (The Archon Conspiracy) and I.D.E. Thomas (The Omega Conspiracy) which reveals the hidden truth about UFOs and the beings who operate them.