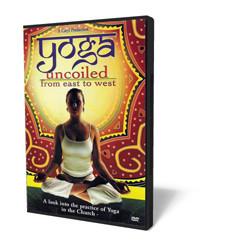 Many believe they can practice yoga postures, breathing, and focusing techniques devoid of yoga's spirituality, not realizing that yoga is an inherent part of Hindu philosophy which teaches man and nature are one with divinity.

Today, yoga is experiencing a worldwide renaissance and in America has more than 70,000 yoga teachers working in 20,000 locations. Although viewed primarily as fitness instructors, these trainers are in reality the leading missionaries of eastern religion in the west. The twenty-seven billion dollar a year yoga industry is marketed to students, athletes, businessmen, pregnant women and senior citizens promising solutions for stress reduction, concentration problems, and issues of self confidence.

Once viewed by Christians as a pagan import from the East, yoga has now become mainstream in the church through "Christ-centered yoga classes" designed to help improve spirituality and experience "the presence of God". But is yoga's mysticism compatible with historic Christianity?

Video-journalist Caryl Matrisciana, who was born and raised in India, returns to her native land to search for truth among India's leading experts and examines what Christian Yoga practitioners in the West are saying about their Yoga participation.

With critical discernment, this hard-hitting and informative DVD explores the ramifications of dismissing yoga's core spirituality, and blending Biblical terminology and precepts with eastern meditative techniques and practices.

Meditation! Pathway to Wellness or Doorway to the Occult?

Yoga and the Body of Christ

Yoga and the Body of Christ Audiobook

Yoga and the Body of Christ - Radio Discussion