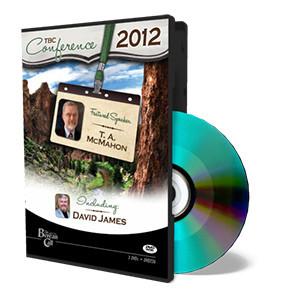 2012 TBC Conference talks from T. A. McMahon of The Berean Call and David James of The Alliance for Biblical Integrity, plus Q & A with all speakers (T. A. McMahon, David James, Paul Wilkinson, Renald Showers, Jobe Martin, and Mark Cahill).

About David James: David James is a co-founder and the Executive Director of the Alliance for Biblical Integrity (ABI). Dave served with Word of Life Fellowship for 21 years, with 16 of those years as the Founding Director of the WOL Bible Institute in Hungary. He also directs and teaches in the School of Prophets.