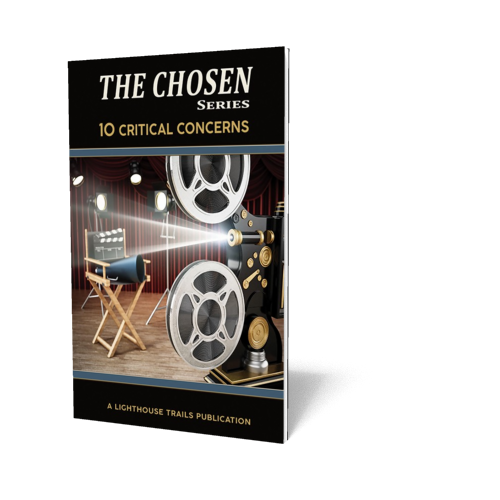 The incredibly popular series The Chosen is being described as a “global phenomenon” and growing “movement” that is creating the groundwork for world “revival.” However, there are some critical concerns about this series and where it is heading. As T. A. McMahon wrote in the December 2021 TBC newsletter: “Those who are drawn to the Jesus of The Chosen have been seduced into believing in a character who is not the perfect God/Man presented in God’s Word, but rather a man-made counterfeit Christ whose ministry had to be enabled through the input of his disciples. That’s not the Jesus Christ of God’s inerrant, infallible, and all-sufficient God-breathed Word. Those who claim to believe the Scriptures but are drawn to The Chosen need to heed the Bible’s far-reaching warning in Matthew 24:24-25.

Also available as a set of 10 booklets here!