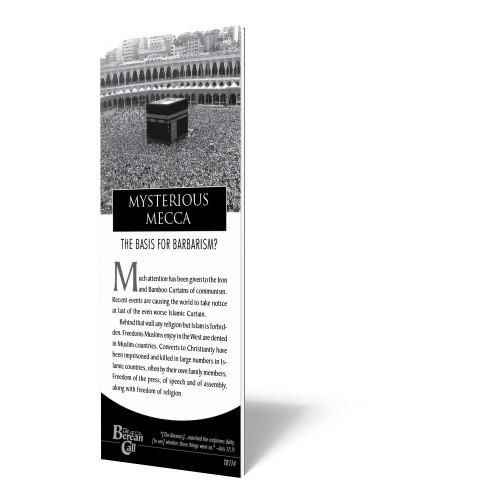 The Basis for Barbarism?

Much attention has been given to the Iron and Bamboo Curtains of communism. Recent events are causing the world to take notice at last of the even worse Islamic Curtain. Behind that wall any religion but Islam is forbidden. Freedoms Muslims enjoy in the West are denied in Muslim countries. Converts to Christianity have been imprisoned and killed in large numbers in Islamic countries, often by their own family members. Freedom of the press, of speech, and of assembly, along with freedom of religion and the import of Bibles and Christian literature, have been denied behind the Islamic Curtain even more strictly than behind the Iron Curtain....

Distilled from chapters in Dave Hunt's books and newsletter articles on pivotal issues, these three-fold black-and-white tracts were created because of the frequency of reader inquiry.