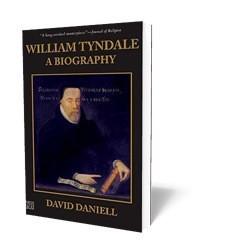 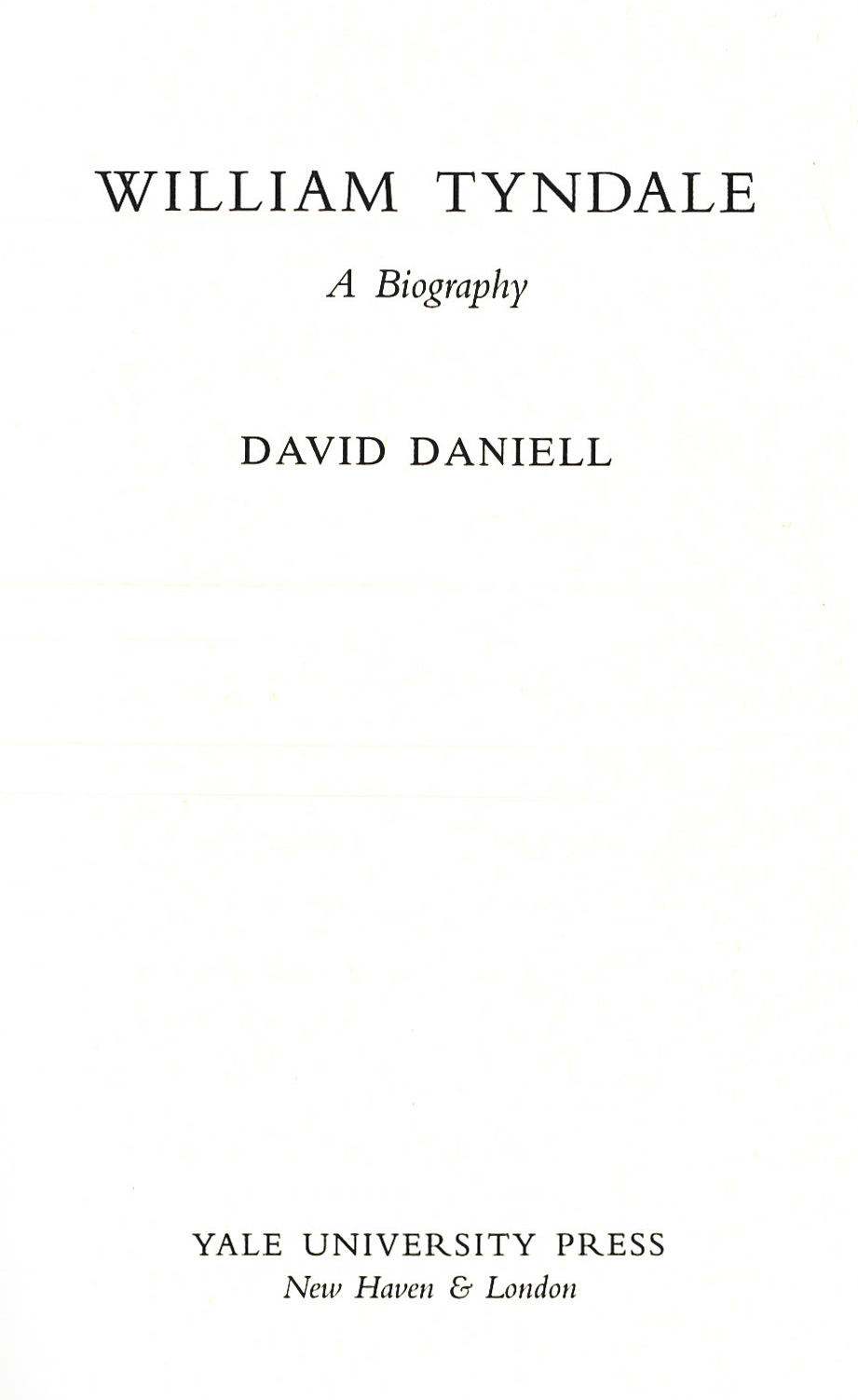 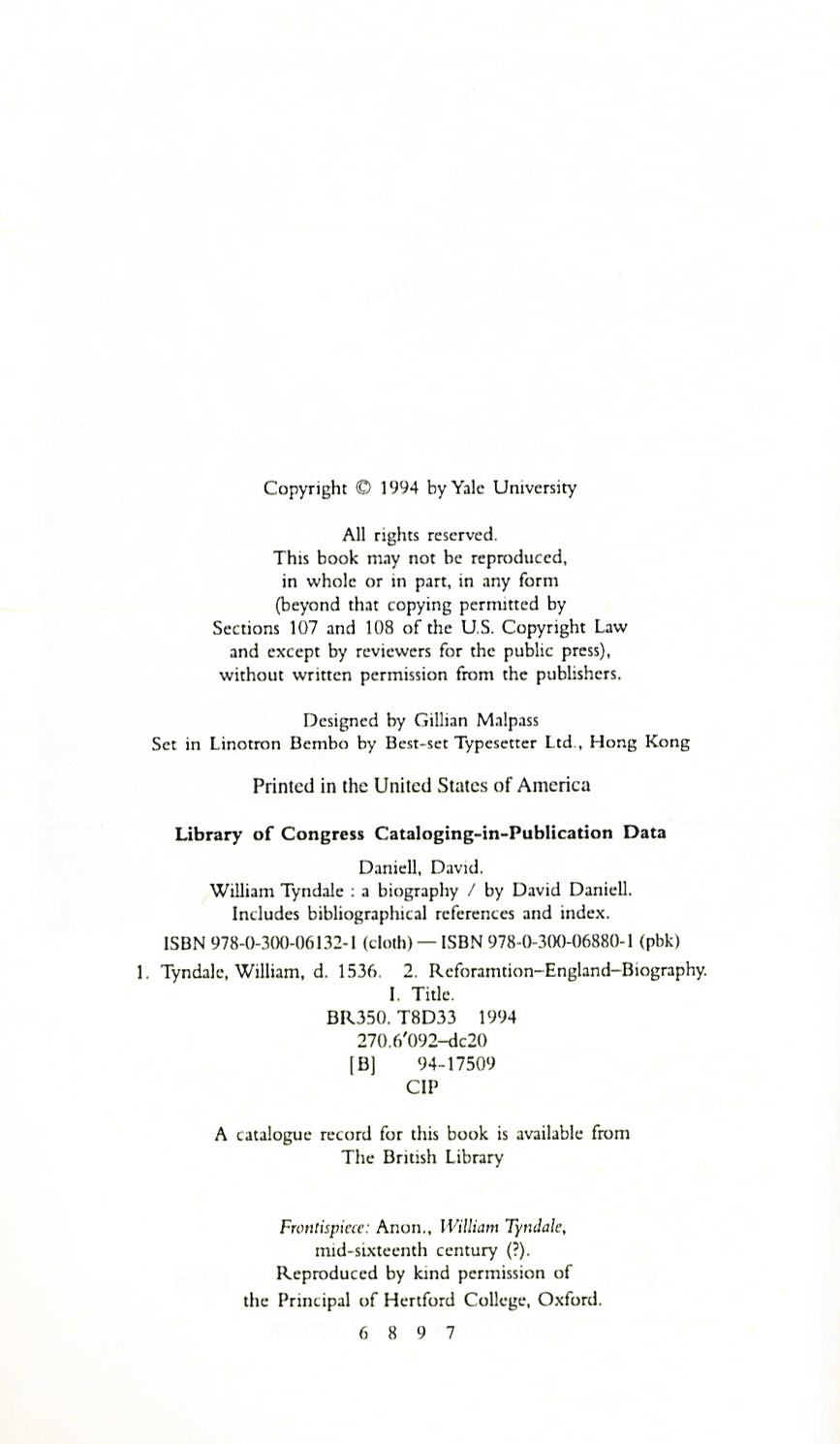 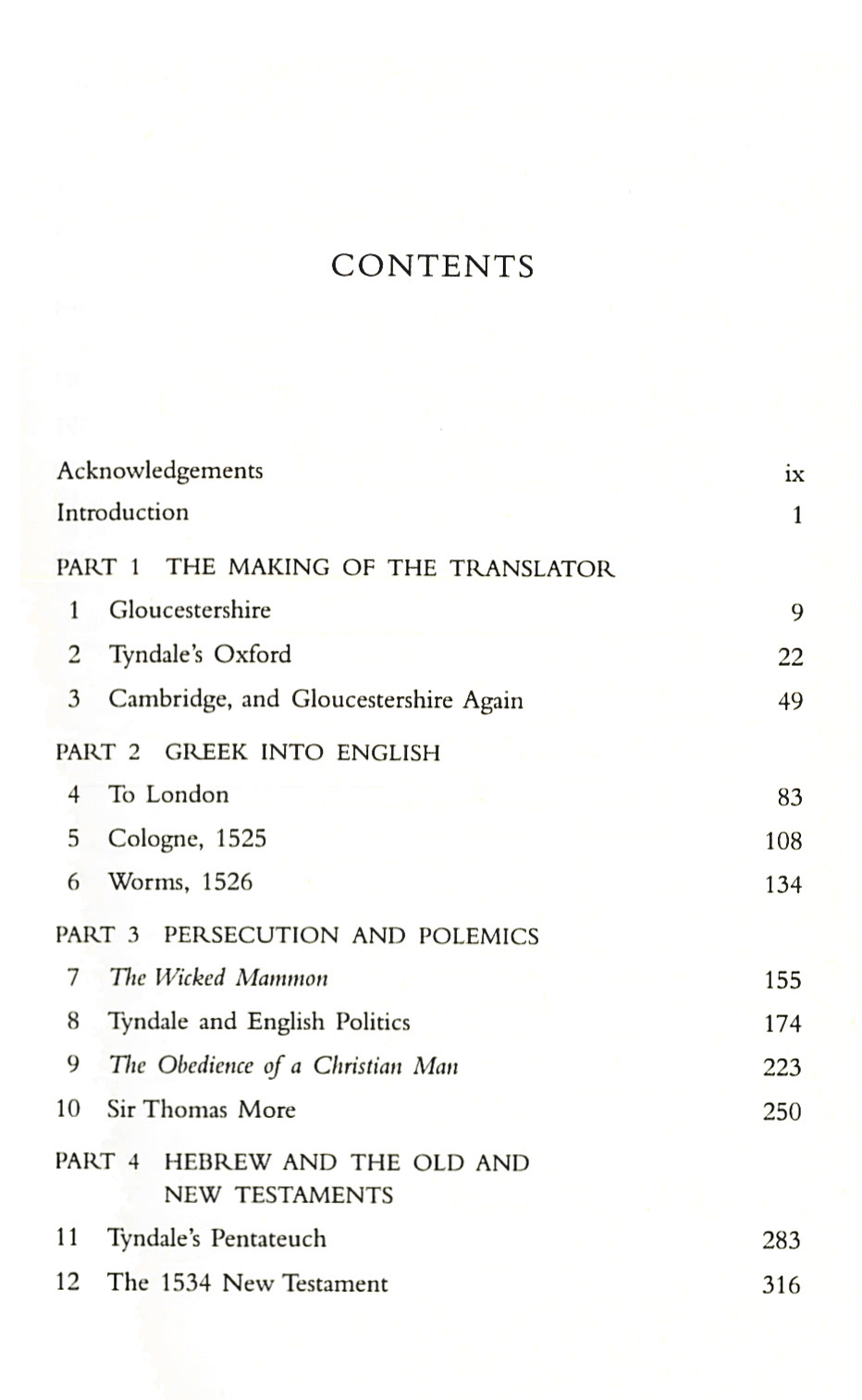 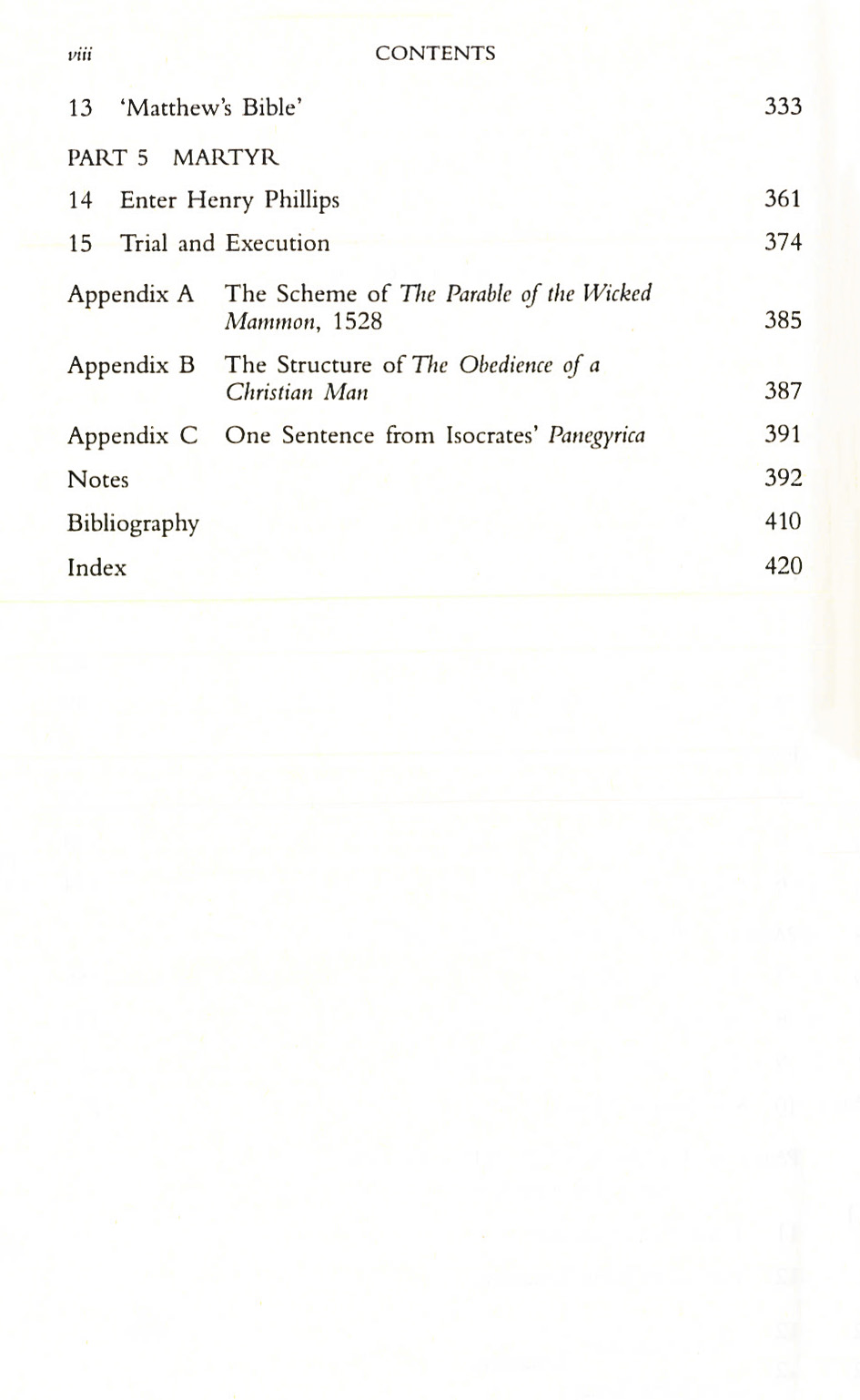 This major biography traces the dramatic life of William Tyndale, the first person to translate the Bible into English from the original Greek and Hebrew, and discusses the profound religious, literary, intellectual, and social implications of his immense achievement. Tyndale's masterful translation formed the basis of all English Bibles, including The King James Version, and made significant and lasting contributions to the English language.

"A massive contribution to the history of the Reformation in England. It is novel and important in its focus upon the language of the English scriptures in the formative period and in its long-range perspective." —J. Enoch Powell, Times Higher Education Supplement

"Stunning both in presentation and content....Daniell carves away the popular myths and reveals an individual of heroic proportions." —Donald Dean Smeeton, Sixteenth Century Journal

David Daniell is Emeritus Professor of English in the University of London. He is the editor of Tyndale's New Testament and Tyndale's Old Testament, both available from Yale University Press. He is an Honorary Fellow of both Hertford and St. Catherine's Colleges, Oxford. He is the chairman of the William Tyndale Society, which has members worldwide.

Death of a Guru

Forty Years in the Amazon

The Autobiography of George Muller